Casper Ruud and Christian Ruud celebrate during the ATP Cup, where Casper is Norway's No. 1 singles player and Christian is the country's captain.

ATP Staff
This article contains:
Learn about the dynamic between Casper and Christian Ruud on and off the court

For some time, there was competition between Casper Ruud and his father, Christian Ruud. Casper had plenty of marks to surpass as a professional tennis player in order to 'beat' his father. It was competition in good fun, but competition nonetheless.

Christian won 115 tour-level matches and climbed as high as No. 39 in the Pepperstone ATP Rankings, both of which are impressive achievements. Their 'rivalry' did not last long, though.

Over the past few years, Casper has stormed past those benchmarks. Now into the semi-finals of the US Open, a maiden major trophy and World No. 1 are both within his grasp.

“We are just trying to take one match at a time. It's still far away, I think,” Christian said. “But of course it's nice that it's possible, and Casper has a little bit of motivation with that in mind, because even when he was small, his ultimate goal was to be No. 1 in the world.”

Christian has been there to help guide Casper every step of the way. With the exception of two-and-a-half years as a teen — during which Pedro Rico led the way — Christian has coached Casper, and still does today.

“I think it is just natural for us. I think we are also more like friends. We have the same hobbies. We play golf together. We watch movies together. We like sometimes have the same hobbies, in a way,” Christian said. “I think when he was 16 I kind of stepped aside a little bit. He had a coach from Spain for two-and-a-half years. I think that was the age where it's a good frame not to have the father two steps behind.” 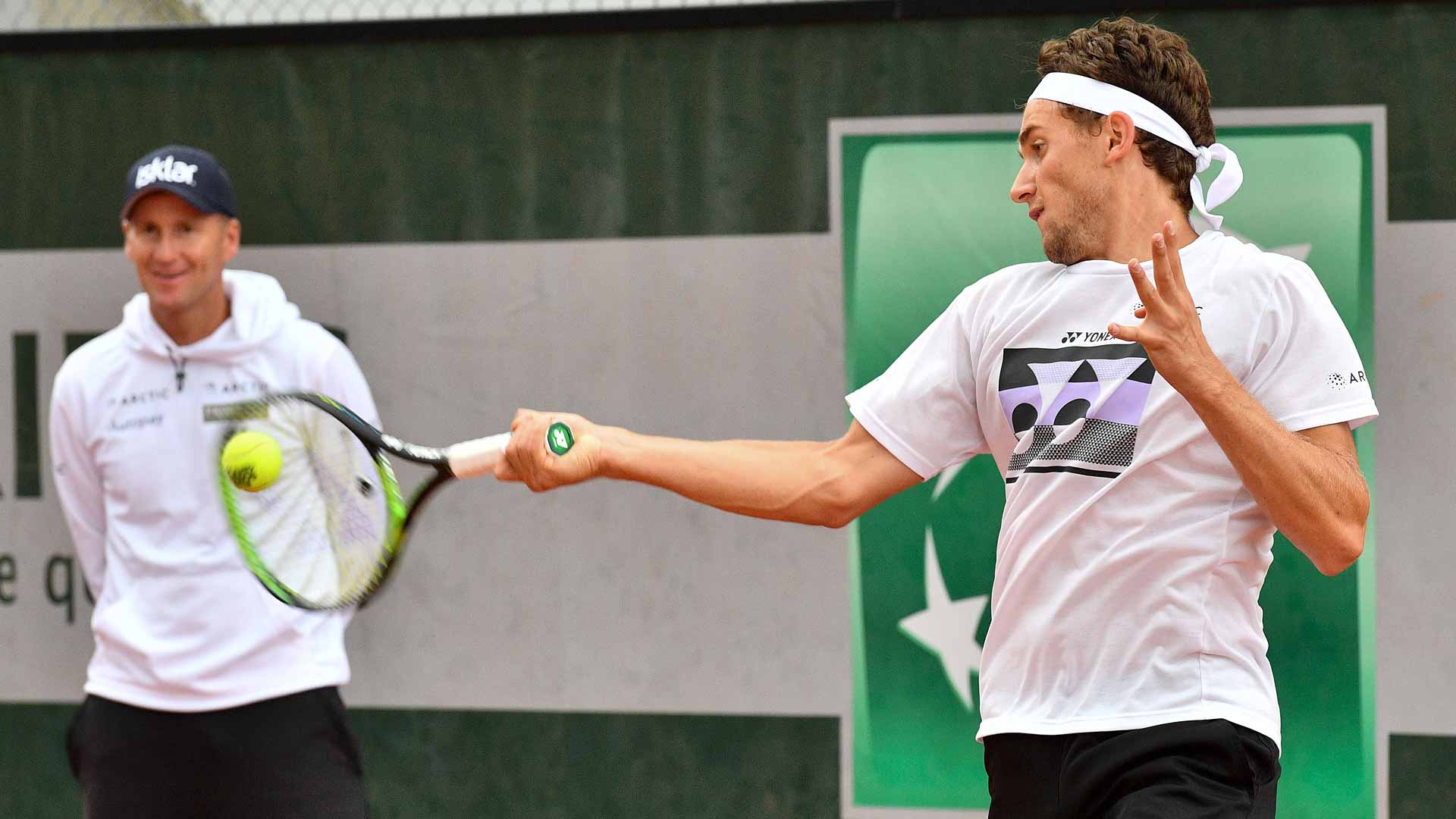 When Rico coached Casper, it was not like Christian was out of the picture. He just took a step back from the day-to-day work on court.

“He was still sort of the head of the team, in a way,” Casper recalled. “He was still doing all the planning for us, and he was still in contact with my other coach almost every day during practice weeks and he would come to some tournaments.”

When Rico and Ruud stopped working together, Christian began to explore other potential coaches for his son. That is not what Casper wanted, though.

“We looked at some options, but I said that, ‘I’m more comfortable with you being around’ and having him around,” Casper said. “I know that a coach will do so much for you and help you be very helpful, but when it's the father as well, you feel like you are taken extra care of, because a father will care maybe those extra percentages because he's your family.”

It also helps that Christian has been in Casper’s shoes. While he did not enjoy quite as much success, he played in 24 Grand Slam main draws and faced Top 10 opponents 22 times, winning four of those matches. That is why if his son loses a match, he never gets upset.

“I know the feeling. Just from day one I just try to say to him, ‘As long as you try your best in every match, I will never be disappointed,’” Christian said. “So I think he has that calmness that he knows I understand the game and that I have been there, and that we are kind of in this together in a way.”

As a coach, Christian also knows what training techniques translate to matches and which waste time.

“I think maybe I'm a little bit better than many other parents that don't know tennis to have that quality during the trainings and [to] do the right things,” Christian said. “All those other things that I learned when I was playing myself, I did many mistakes and I did some things right, and I just tried to pass that on to Casper to the good experiences and the good things that I remember. I tried to give that on to him and tried to avoid the bad things or the stupid mistakes I did on my path.”

Christian still remembers when pre-teen Casper told him he wanted to focus on tennis. After he played well as a 13-year-old in the Under-14 European Championships, Christian saw he had “something special”. Yet nowhere along the journey has Christian forced his son to pursue tennis.

Now, Casper is among the very best players in the world. With two more wins, he will leave New York as a Grand Slam champion and World No. 1.

“I think he really wanted to see how far he can reach. He was already starting to look at Rafa and that was his idol, so he really was into the tennis world and he wanted to be on that center court one day,” Christian said. “I cannot say that I remember too many times where I felt we pushed him too hard at all. I think it was almost, or it was always his will to do it in a way. I think I have been quite a calm parent, and also my wife.”