Andrew Eichenholz
This article contains:
Romanian reflects on his retirement

Horia Tecau embraced his partner Kevin Krawietz on Thursday after they completed a 6-3, 6-7(1), 10-6 victory against Marcel Granollers and Horacio Zeballos at the Nitto ATP Finals. The Romanian had a big smile on his face knowing he had finished his ATP Tour career on a high.

It was the final tournament match of Tecau’s storied career. And although the eighth seeds did not advance to the semi-finals in Turin, it was still a perfect ending.

“It’s an amazing feeling. I couldn’t have written a better script for this moment. I’m really happy to be here, to do it on a nice team and finish with a win,” Tecau told ATPTour.com. “Before the match we were in the locker room and we couldn’t talk about tactics. I just wanted to play my last match like I did my career — play with good energy, try to win and fight hard until the end and leave everything on the court.

“That’s how I played every time and that’s the mark I wanted to leave on the court. Being able to get a win in an event like this in the last match, it’s an amazing feeling that not many players have. It’s probably going to sink in over the next few days, but I’m really happy to leave it like this.” 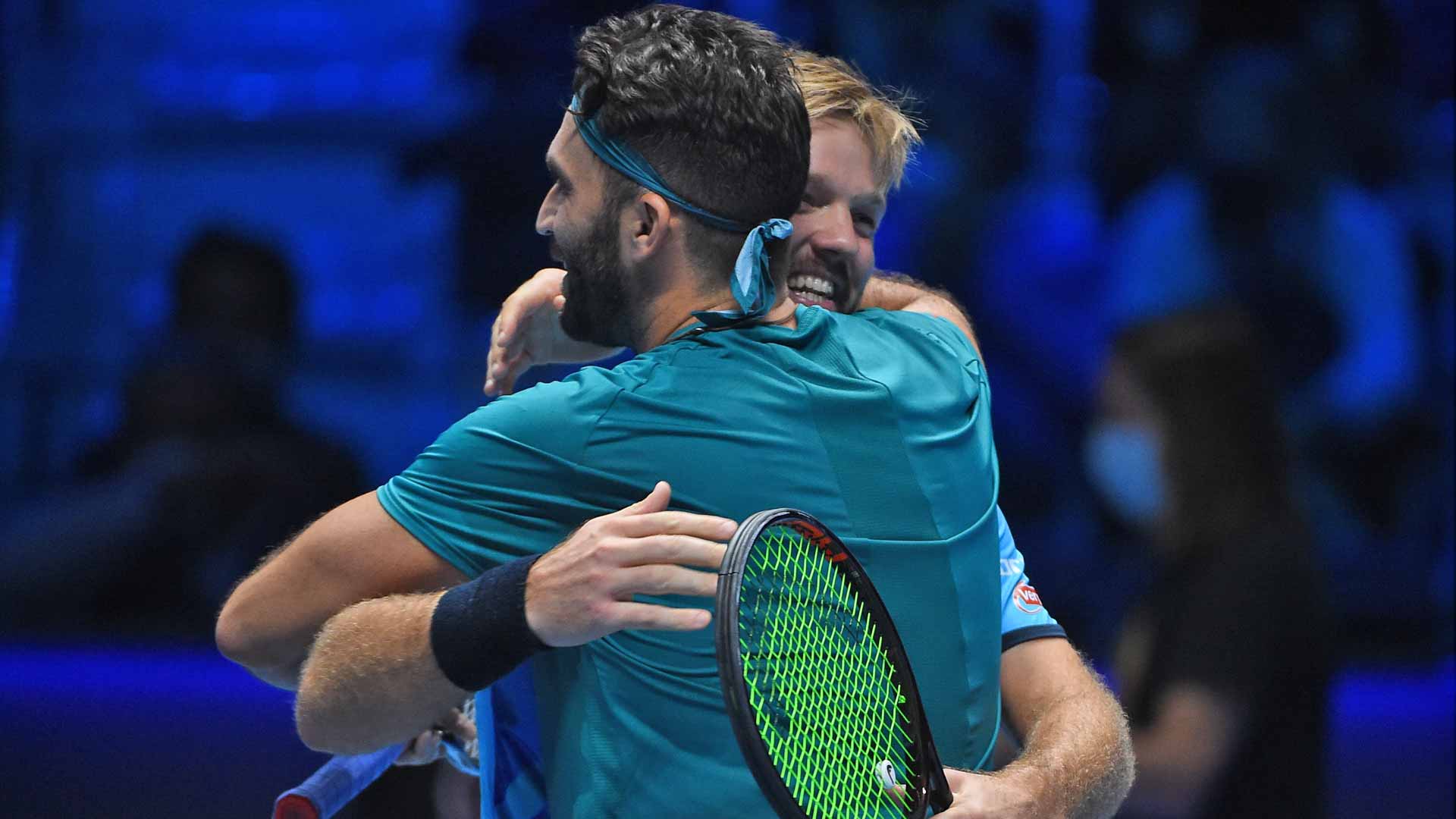 Photo Credit: Corinne Dubreuil/ATP Tour
Tecau’s brother, Andrei, did not travel much during Horia’s career, but he was in attendance at the Pala Alpitour. So were several of Tecau’s close friends. They were all on hand to celebrate the end of the 36-year-old’s journey, which started when he turned professional in 2003.

“I’m proud of a lot of things. I grew as a person through the game. All the goals and all the dreams I had, I was able to accomplish them and that is very fulfilling. I got to meet some great people along the way. I had great partners, coaches and made a lot of friendships,” Tecau said. “The way I went through it all and matured as a person and a player, I think that’s the biggest thing I’m proud of.”

The former World No. 2 won 38 tour-level doubles trophies, including two men’s doubles majors — he lifted the trophy at Wimbledon in 2015 and the US Open in 2017 alongside Jean-Julien Rojer. He also captured the 2015 Nitto ATP Finals crown with Rojer and three ATP Masters 1000 victories.

“The first Slam at Wimbledon was that big dream that you want to accomplish with your partner. You work together for that one goal, one everything and become a team and fight for it,” Tecau said. “The second was more about the partnership, the friendship, being there for each other and supporting each other through all the tough moments.”

The Romanian admitted that he began to feel his impending retirement last year. Entering this season, he did not necessarily expect to find a partner like Krawietz, who needed a partner after Andreas Mies underwent surgery early in the year. Their easygoing relationship kept Tecau going.

“I’m really happy to have played one more year and to make it here to the [Nitto ATP] Finals,” Tecau said. “The more I kept playing, the more it was sinking in and I knew it was coming and was going to happen at the end of the year. There is no doubt about it, no mixed feelings like I should change my mind. That didn’t exist. I just focussed on the way I wanted to finish and that’s it.”

Tecau is a humble champion who is widely respected by his peers. He also was focussed on helping the community and inspiring the future generations, writing "Viata in ritm de tenis" (Life in the Rhythm of Tennis), a children's book that encourages kids to pursue their dreams through hard work.

The Romanian, who will play his final match in Davis Cup next week, rarely showed excessive emotion on the court, and let his tennis speak for itself.

“I was never going to change. The sport and the results and the way it goes is sometimes challenging, but I always tried to have good relationships with my coworkers, my friends and the staff at the events. I think that was something that I was educated with, but something I also saw before me,” Tecau said. “I was a big fan of [Stefan] Edberg, [Patrick] Rafter and Roger [Federer]. Watching these guys on TV and some of them I met in the locker room and saw how they acted and behaved throughout the year with ups and downs, that was a benchmark for me.

“There are a lot of fans and kids who like watching the sport and I think it’s important that they get to see that you can win and treat things that way. You don’t have to be a selfish, rude guy to make it. That’s the way I saw things and how I acted on and around the court and I’m very proud of that. I’ll carry that forever.”