Dominic Thiem completed an unprecedented comeback on Sunday at the US Open, rallying from two sets down and 3-5 in the fifth set to defeat Alexander Zverev 2-6, 4-6, 6-4, 6-3, 7-6(6) for his maiden Grand Slam title.

”We started to know each other back in 2014 and straight away started to develop a great friendship… and then a great rivalry,” Thiem said. “We’ve made great things happen on the court and off the court. It’s amazing how far our journey brought us to share this moment. I wish we could have two winners today. We both deserved it.”

Thiem joined Thomas Muster (1995 Roland Garros) as the only Austrian men to win a major championship. He lost his first three Grand Slam finals, most recently in an epic five-set battle to Novak Djokovic at this year’s Australian Open.

It had to be like this - my career was always like the match today - many ups and downs and I love the way it turned out. pic.twitter.com/ksFDgIfws8

As the match moved deep into the fifth set, it became more about mental fortitude than technical skill. Zverev fought through nerves by moving forward and was rewarded by breaking Thiem at 4-3 with an aggressive forehand approach.

But he tightened up when it came time to serve out the match. A routine forehand error and ill-advised serve-and-volley play contributed to Zverev dropping serve. He came within two points of victory in the next game, but Thiem ripped two big down-the-line forehand winners to even the score.

An emboldened Thiem broke Zverev once more at 5-5 after the fifth seed hit a forehand error. With his maiden Grand Slam title one game away, it was the Austrian's turn to get nervous. Facing break point at 6-5, the 29th in total for the match, he floated slice backhands down the middle of the court and enabled Zverev to rip a forehand winner. Half of the games in the fifth set ended in service breaks, with Zverev dropping serve seven times and Thiem eight times throughout their epic battle.

As they moved to a fifth-set tie-break, the punishing rallies began to affect Thiem physically. He was unable to push off on his serve and often spun in first-serve deliveries under 100mph. Despite his hampered movement, a pair of costly double faults from Zverev helped bring Thiem to a 6/4 lead and two championship points. Zverev hit 15 double faults in the match and only won 41 per cent of second-serve points.

Thiem squandered the first match point by hitting a short forehand into the net and couldn’t capitalise on a 68mph second serve from Zverev at 6/5. He managed to regroup and cracked a forehand passing shot at 6/6 for a third championship point

The Austrian collapsed to the ground in delight after Zverev hit a backhand wide to wrap up play one minute over the four-hour mark. Thiem won 163 points on the night compared to 159 for Zverev.

Just the fifth Grand Slam final in the Open Era won by a player who was two sets down.

Thiem improved to 8-2 in his ATP Head2Head rivalry with Zverev. The Austrian has won their past four matches, including a four-set victory in this year’s Australian Open semi-finals.

Zverev had started slowly in his semi-final against Pablo Carreno Busta, dropping the first two sets before clawing his way back to victory. Ironically, the five-set loss to Thiem came after an explosive start that still resulted in defeat.

Despite the loss, Zverev achieved a career breakthrough in reaching his first Grand Slam final. The 23-year-old is the youngest finalist at a major championship since Novak Djokovic at the 2010 US Open.

”I want to congratulate Dominic on the first of many Grand Slam titles. I wish you could have missed a little more so I could be holding that trophy up, but here I am giving the runner-up speech,” Zverev said. “I want to thank my team for sticking with me. The past two years haven’t been easy in my tennis career. We’re definitely on the way up and I hope that one day we’re going to lift that trophy up together.”

After a tough loss, this is all class. @AlexZverev #USOpenpic.twitter.com/6nHe7nBXCV

Thiem saved a break point in the opening game with a big inside-out forehand, but a nervy service game at 1-1 saw him hand a break to Zverev with a double fault and pair of baseline errors. He only landed 37 per cent of first serves throughout the opening set and gave Zverev numerous opportunities to get on top of rallies. Thiem won just 29 per cent (5/17) of his second-serve points.

Zverev avoided the slow starts he had in his past two matches, cracking his groundstrokes with authority and racking up 16 winners to just six unforced errors. The ball toss issues he had at times throughout the tournament were also non-existent. Zverev landed 68 per cent of his first serves and won all but one point behind that delivery (12/13). The fifth seed scored an insurance break at 4-2 and required just 45 seconds to serve out the opening set.

Thiem's struggles continued in the second set. Zverev rifled a down-the-line forehand winner at 1-1 to set up break point and converted when Thiem sent a routine forehand long. He hadn't dropped serve more than twice in a match en route to the final, but was broken in three of his first five service games.

You May Also Like: Zverev: 'There's Still One More Step To Go'

The German also took advantage of his opponent standing well behind the baseline to return by serving-and-volleying on several occasions. Even when Thiem put the return in play, Zverev only needed to hit a solid mid-court volley to end the point.

Zverev scored an insurance break at 3-1 as Thiem hit another forehand long. But the significance of the moment became too much as the 23-year-old attempted to close out the set. Thiem bravely saved three set points at 1-5 to hold serve, then Zverev failed to convert a fourth set point when he sent an easy forehand volley wide. The missed opportunity enabled Thiem to eventually score his first break of the match.

Although Thiem's confidence grew and he began to find his top form, Zverev served out the set on his second attempt, striking a down-the-line backhand on his fifth set point. He significantly outnumbered Thiem in winners after the first two sets (24 to 12) while also hitting fewer unforced errors (20 to 21). 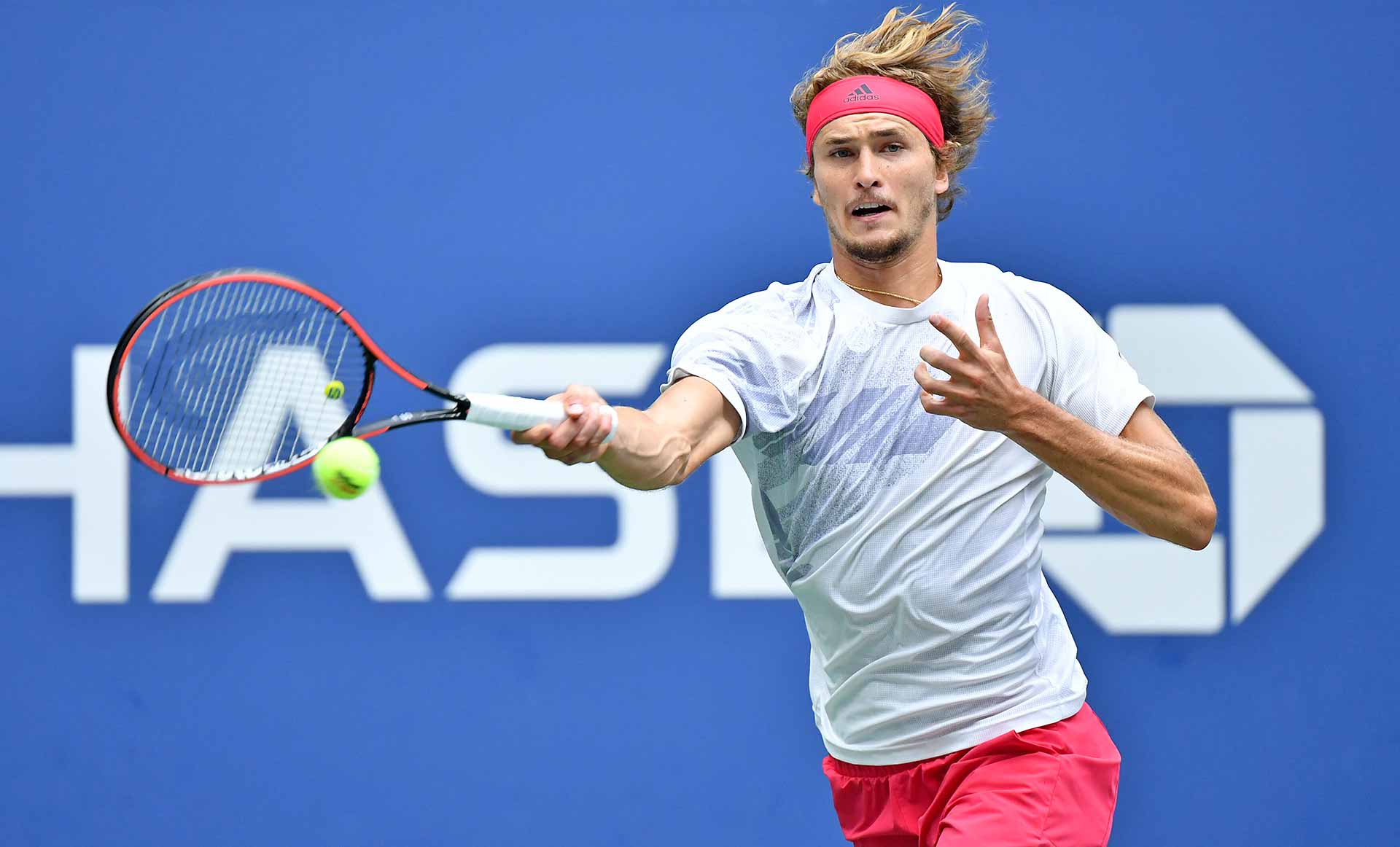 That applied more pressure to Zverev’s service games. The fifth seed won 64 per cent of first-serve points in the third set, down from 88 per cent in the first set. With Zverev serving at 4-5, he struck a double fault and missed two routine groundstrokes to allow Thiem to close the gap. 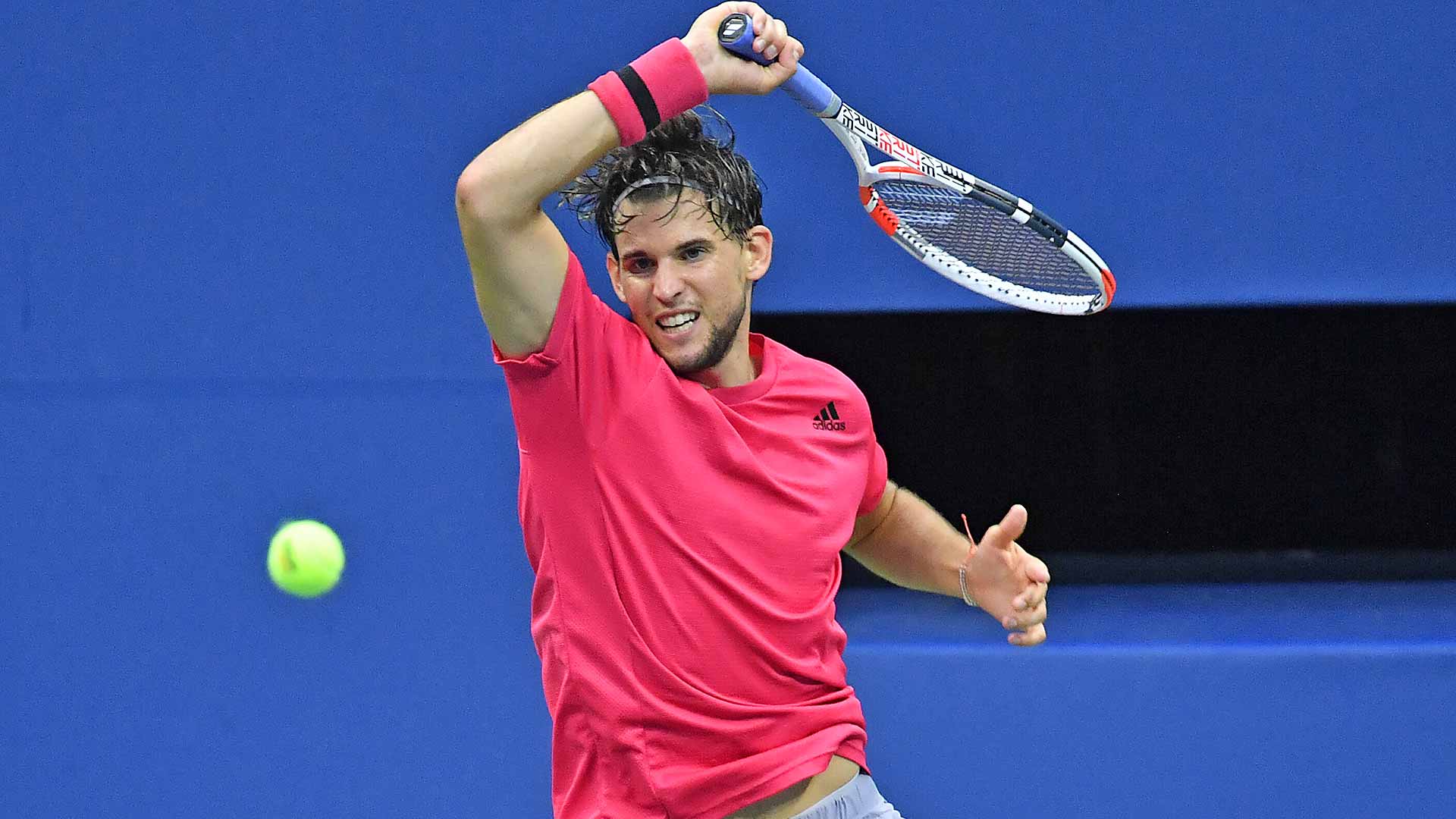 Bolstered by his third-set breakthrough, Thiem locked in and displayed trademark consistency from the baseline. After hitting 15 unforced errors in the third set, he whittled that down to just two errors in the fourth set.

Zverev alternated between gambling on second serves that exceeded 110mph or spinning in deliveries that barely reached 80mph. Serving at 3-4, he opted for the latter and hit a soft double fault to give Thiem break point. The second seed converted it off a forehand error from Zverev and raced through the next four points to level the match.

It appeared that Zverev had the match in hand after breaking Thiem for a 5-3 lead in the fifth set, but nerves took over and enabled the second seed to break back before levelling the score. Thiem had his own chance to serve out the match at 6-5, but Zverev erased it with a forehand winner. The Austrian couldn't convert two championship points at 6/4, but made good on his third chance at 7/6 after Zverev sent a backhand wide.