Third time proved to be the charm for Stefanos Tsitsipas at the Rolex Monte-Carlo Masters on Sunday when he collected his first ATP Masters 1000 title with a 6-3, 6-3 victory against Andrey Rublev.

Appearing in his third final at the level, Tsitsipas dropped just four points behind his first serve (24/28) to capture the second biggest title of his career after 71 minutes. As a result of his final win, the 2019 Nitto ATP Finals champion will climb to first position in the FedEx ATP Race To Turin on Monday. The six-time ATP Tour titlist did not drop a set throughout his week at the Monte-Carlo Country Club.

“I had an unbelievable week in Monte-Carlo,” Tsitsipas said in his post-match interview. “I can’t describe my feelings right now. I am overwhelmed by so many different emotions and nostalgia. It is incredible that I am able to be in the position that I am. We both deserved to be in the final. We put on an amazing fight and an amazing show… I would consider it as the [best] week of my life so far.” 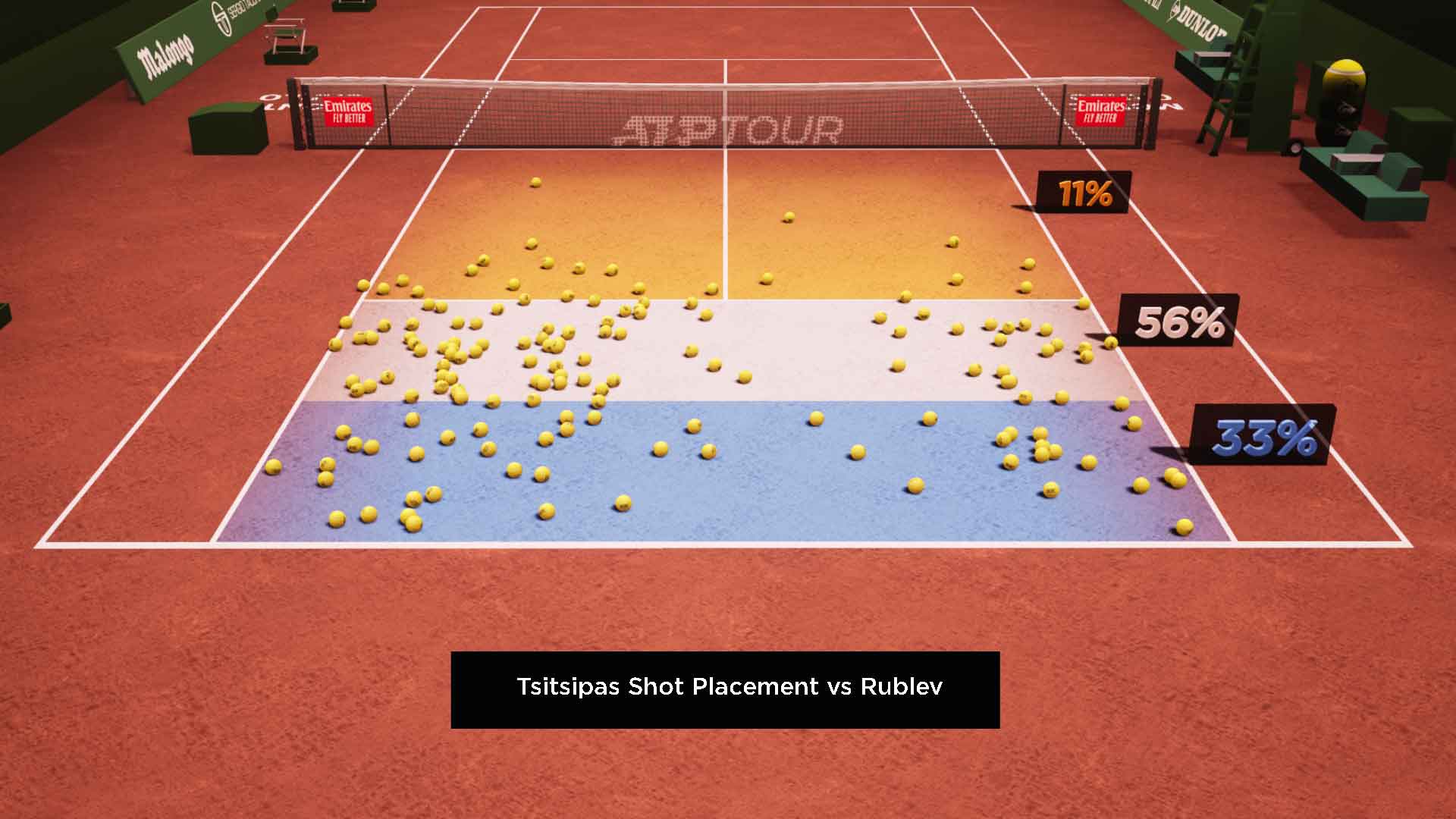 Tsitsipas claimed early breaks in each set and dominated on serve to narrow the gap on Rublev at the top of the 2021 wins leaderboard. The Monte-Carlo finalists currently occupy the top two positions on the list and are the only players to have claimed 20 or more victories this season. 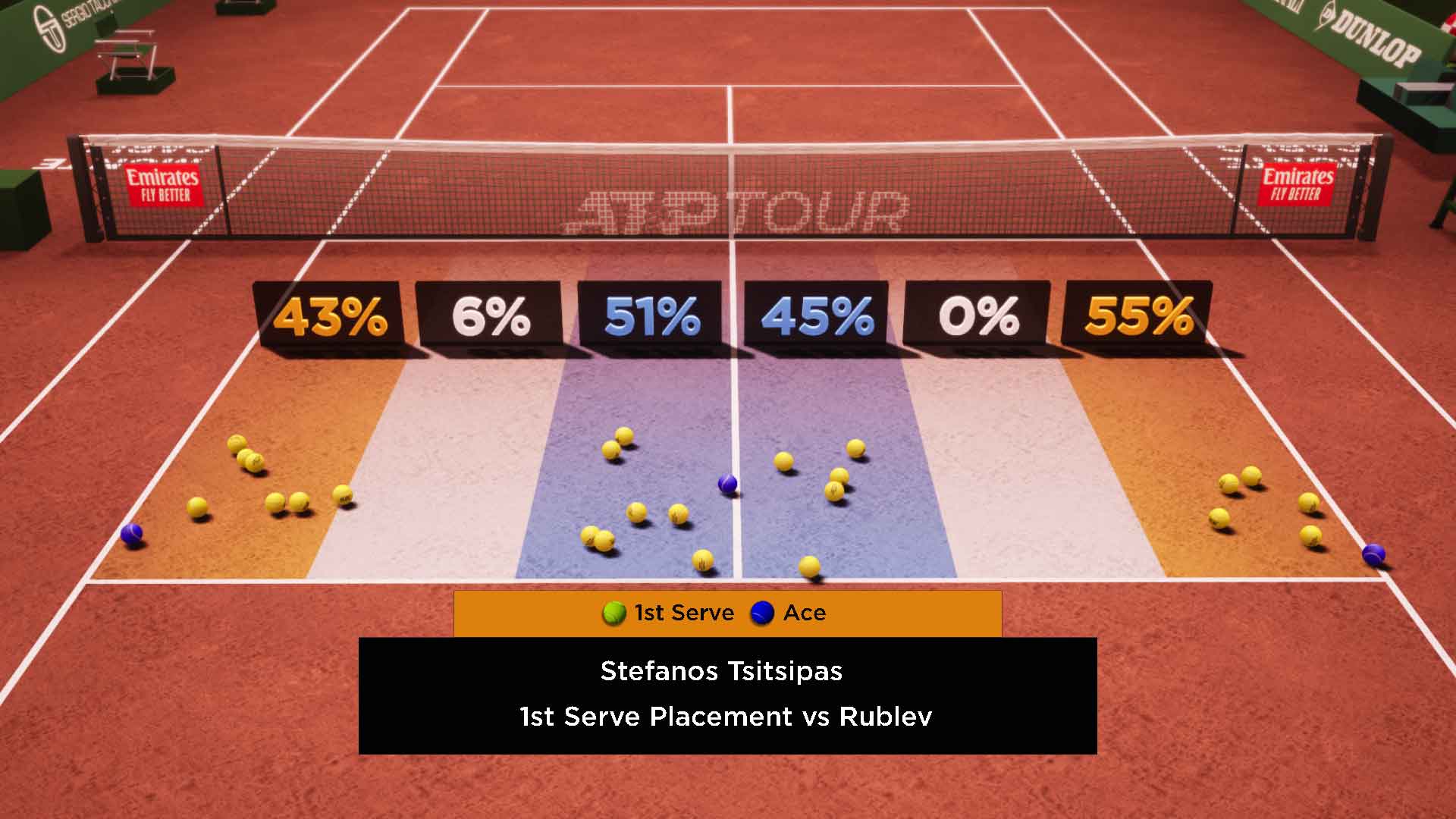 Tsitsipas has taken a 4-3 lead in his fiercely contested ATP Head2Head rivalry with Rublev. The 23-year-old gained revenge for his semi-final loss to the Russian at last month’s ABN AMRO World Tennis Tournament in Rotterdam. Tsitsipas has won his past two clay-court encounters against Rublev, following his straight-sets quarter-final win at Roland Garros last year.

“I knew that he was going to be a very difficult opponent to face. There were a lot of nerves coming into that match. [We] always want to bring the best out of [ourselves] when facing each other. Playing Andrey was a very difficult thing to do today, also considering that it was a final. There is extra stress and extra importance in the match that we had to play. [I am] definitely proud of the way I managed to behave and be out on the court today.

“The clay court season couldn’t have started better,” Tsitsipas said. “It is the best thing winning my first Masters 1000 and it is even more special doing it here on home soil in Monte-Carlo and doing it on clay, which is my favourite surface.”

Tsitsipas made a fast start on Court Rainier III. The Athens native pinned Rublev into his backhand corner to earn his first break point of the match at 1-0 and switched tactics with a backhand up the line to claim the only break of the set. Tsitsipas dropped just two points across his next four service games (16/18) to move one set from victory.

Tsitsipas showcased a mix of power and precision on his backhand and found consistent depth on his forehand return to break for the second time at 1-1 in the second set. The World No. 5 continued his fine serving performance to reach match point, when he broke Rublev for the third time. Tsitsipas sunk to his knees in celebration after Rublev fired a cross-court backhand into the tramline.

Did You Know?
Tsitsipas is not the first member of his family to triumph at the Monte-Carlo Country Club. His mother, Julia Salnikova, won a junior title at the venue in 1981.