Krystal Kuartet, a violin group from Bologna, has performed every day this week at the Nitto ATP Finals in Turin.

ATP Staff
This article contains:
String quartet have performed before every singles match in Turin

Fans have been treated to dramatic three-set matches at the Nitto ATP Finals this week, with Novak Djokovic and Casper Ruud among those producing their best in Turin.

However, the players are not the only ones who have been putting on a show at the Pala Alpitour. Krystal Kuartet, an electric string group from Bologna, have lit up the Pala Alpitour with their pitch-perfect performances before each singles match.

For violinists Ilaria Coratti and Altea Saraceni, the experience of playing in front of more than 10,000 fans each session has been memorable.

“I had a range of feelings before playing,” Coratti said. “We were nervous. But then we were really excited when [we] started [playing], with all the crowds screaming at us. It is a performance for us. It is a joy for us.”

“It is really amazing because you enter the arena and all the people are watching you and it is very impressive,” Saraceni added. 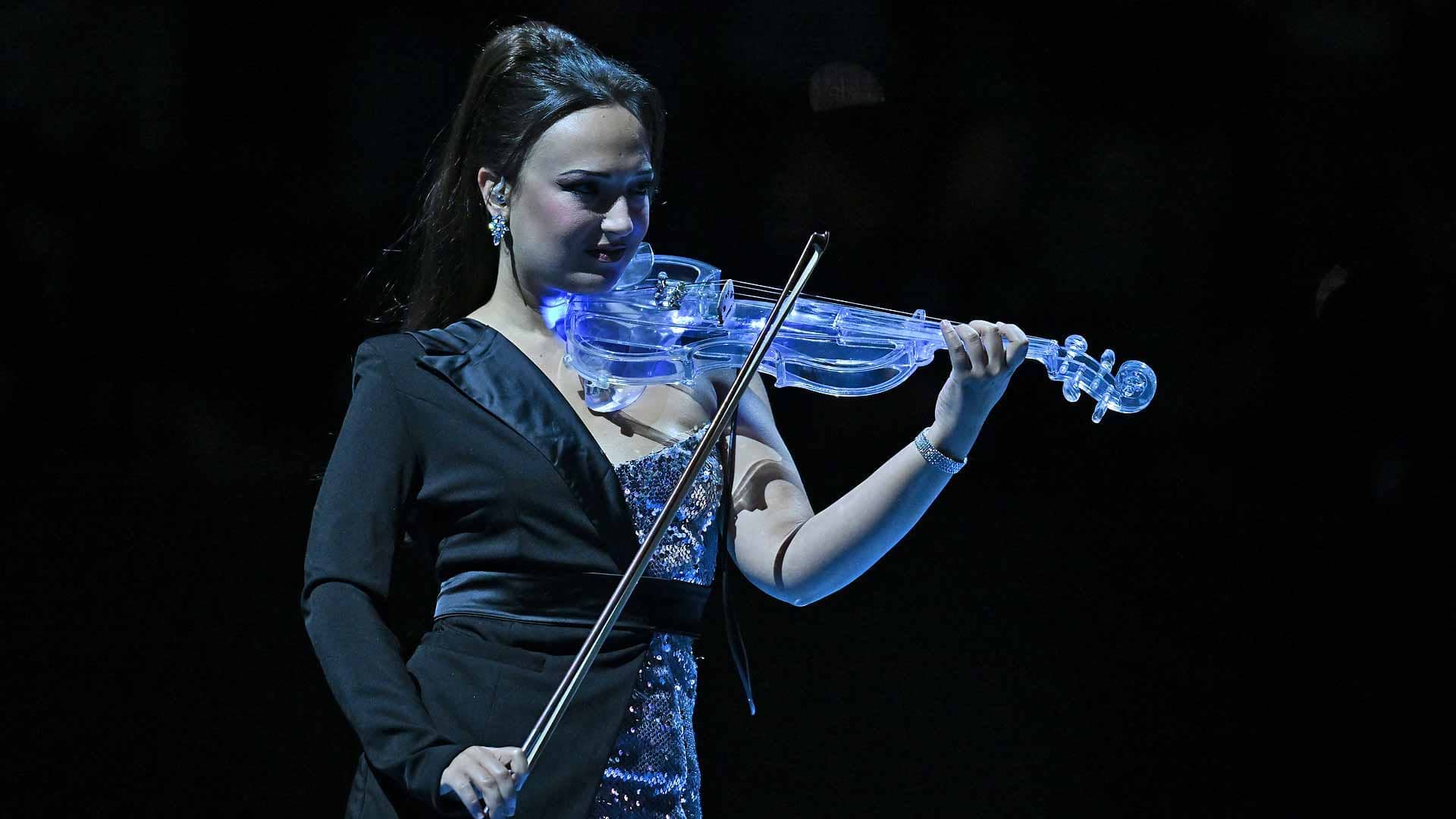 Nitto ATP Finals Tournament Director Adam Hogg said: “I think the key for us is that the event has built a reputation for innovation, technology, moving forward, market-leading in terms of how we present the sport. But it is also [about] blending that with the location where we are, and that’s the crux of what we’re trying to do.

“You see Italian influence, whether it be through the contrast between different elements of Italian culture and the professionalism required to be an elite athlete in terms of performance, dedication, skill and time spent at your craft and the like. [It is about] combining that element of Italianism and culture, but also with elite modern sport.”

Coratti and Saraceni revealed the group, which also includes violinists Greta Rondelli and Viviana Marzolo, practises for five hours a day to ensure they deliver their best when they step on court to perform. The pair has enjoyed being part of the prestigious year-end event and have loved watching the tennis, rewarding themselves for their incredible performances by cheering on the players.

“We have seen some matches and we love it so much,” said Saraceni, who used to play tennis before turning her focus to music. “It is a really important event and Turin is really grateful to have this competition in this city.”

“It is different as we usually play for private events [such as] birthday parties and weddings,” Coratti said. “Sometimes we play at sporting events. We went to play at an MMA event in Bahrain as well. But this is bigger.”