Daniil Medvedev became the fourth Russian to capture the Rolex Paris Masters title on Sunday with a 5-7, 6-4, 6-1 comeback victory against Alexander Zverev.

In a repeat of last year’s Shanghai final, the 24-year-old stepped in and raised his game in the second set to turn the match in his favour. Medvedev entered the contest with a 1-5 ATP Head2Head record against his rival, but saved six of seven break points to earn his third ATP Masters 1000 crown from four finals. The World No. 5 earned his first service break at 4-4 in the second set and charged to the title from that point by winning eight of the final nine games.

“It is great. I am really happy,” said Medvedev in an on-court interview. “I don’t show this after the match, but I am really happy to win matches. Before the tournament, I was not in my best form, playing not so bad with zero finals this year. I was complaining to my wife like, ‘Oh my god, I don’t have the level. I don’t even have one final. I am playing so bad.’ Finally, I am the winner of Bercy, a tournament that I love.”

Medvedev joins countrymen Marat Safin, Nikolay Davydenko and Karen Khachanov on the Paris honour roll. The Russian, who was appearing in his first final of the year, improves to 23-10 in 2020.

Medvedev entered the tournament with wins in just three of his previous eight matches. But the Russian No. 1 found his level in Paris to defeat two former Wimbledon finalists — Kevin Anderson and Milos Raonic — and two of this year's Nitto ATP Finals qualifiers — Diego Schwartzman and Zverev — to end a 13-month title drought. Medvedev will now turn his attention to the Nitto ATP Finals in London, where he will be making his second straight appearance from 15-22 November.

“I was playing really good in this tournament, especially today,” said Medvedev. “After the first set, I could [have] given up because Sascha was serving well and playing well. I just stayed there and at one moment I raised my level higher and higher and started to put pressure on him and it worked. It broke his level a little bit.”

Zverev was attempting to win three consecutive ATP Tour titles for the first time. The German, who defeated Rafael Nadal in the semi-finals, arrived in Paris after back-to-back title runs at indoor hard court events in Cologne last month.

Zverev was also bidding to follow in the footsteps of his coach David Ferrer by winning the tournament. The Spaniard captured the biggest title of his career at the Accor Arena in 2012 with a straight-sets win against Jerzy Janowicz.

“Credit to him. He's a great player,” said Zverev. “It's his first tournament win of the season. I know his season wasn't the easiest one, whereas I have to say my season [has] actually [been] going quite well.

“We will see how it goes with London. I'm happy with my tennis. I just need to maybe recover a little bit physically.” 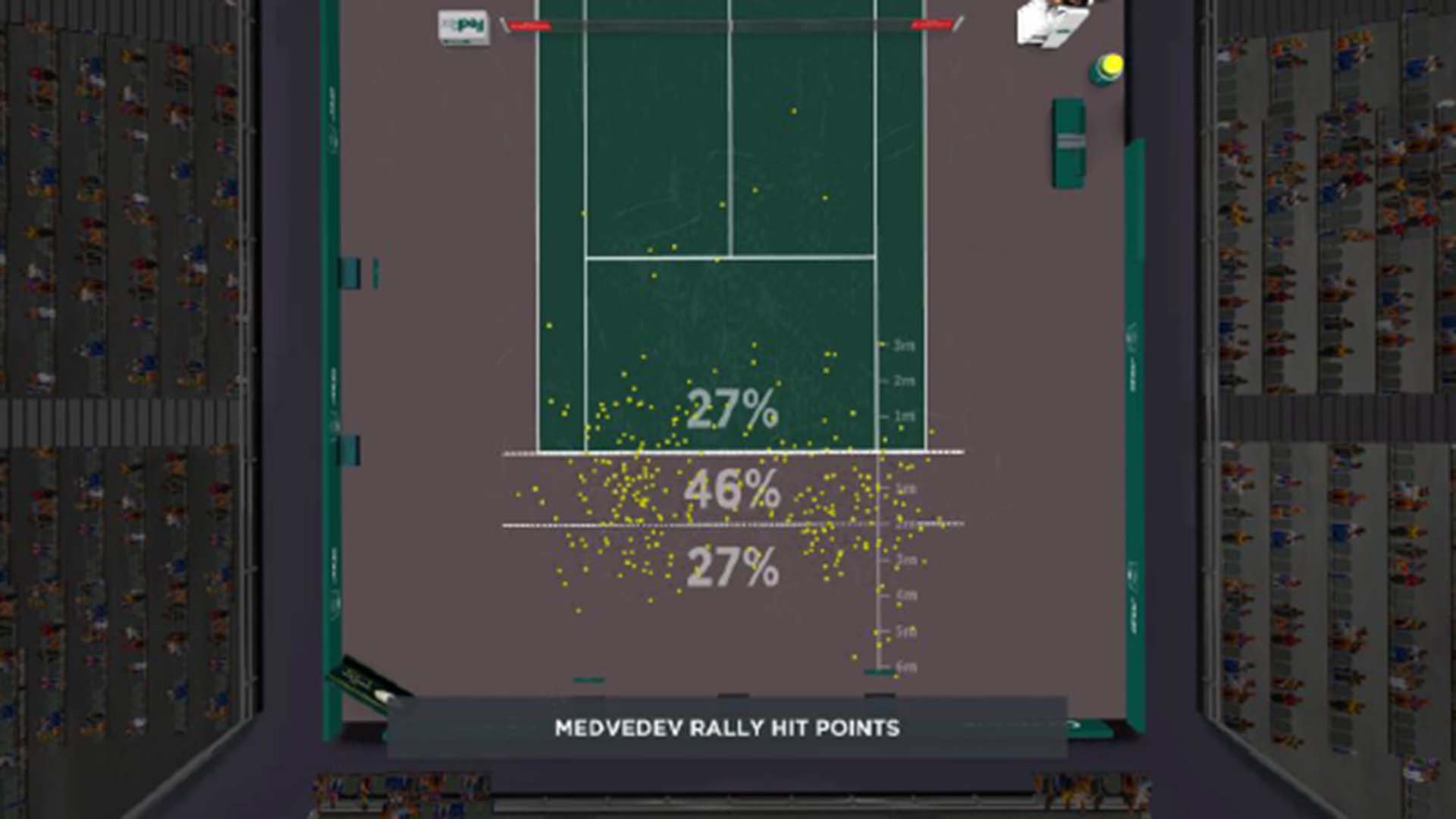 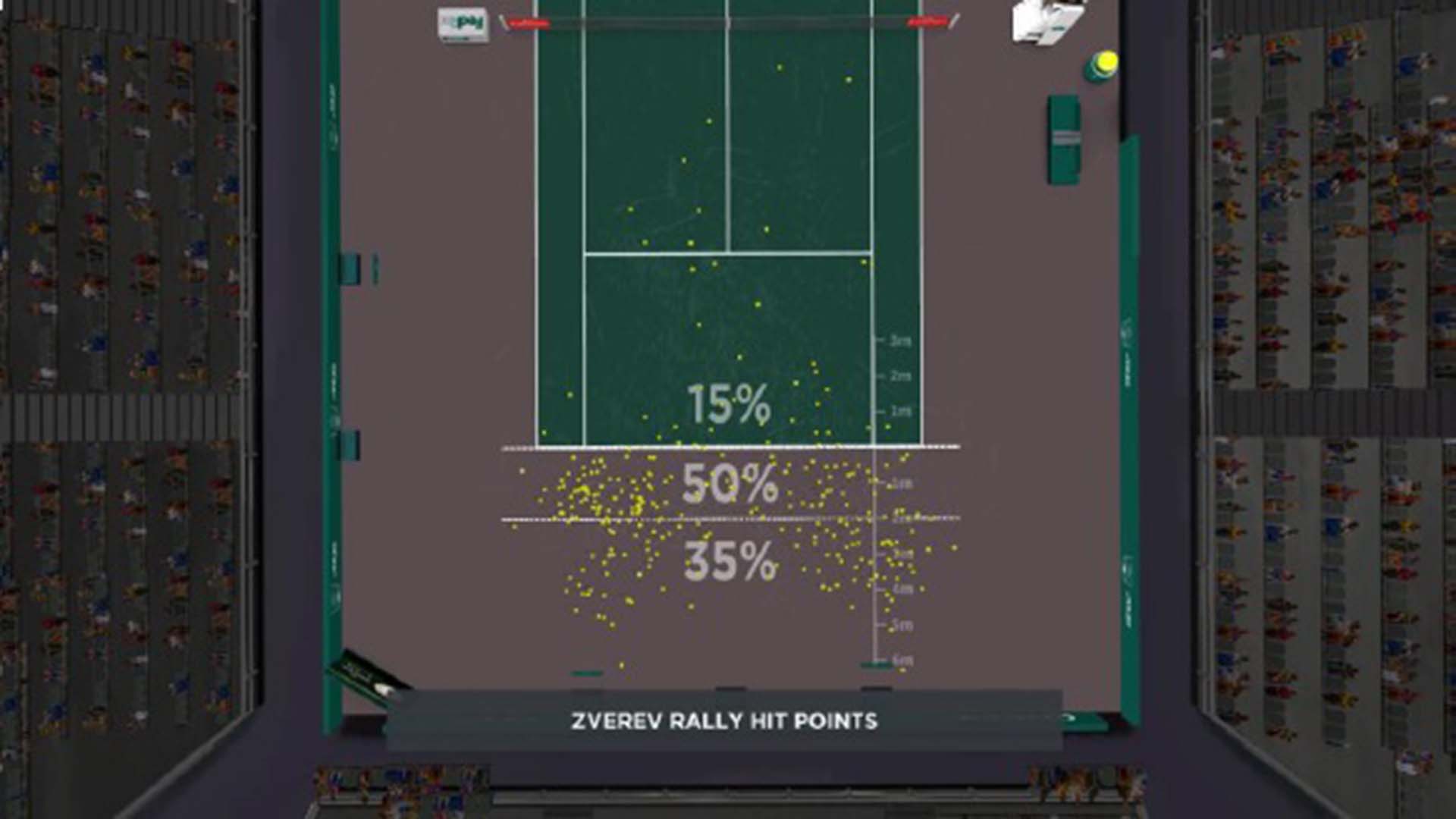 The first set appeared to be heading to a tie-break, as neither man created a break point in the opening 11 games. But Zverev made a late move at 6-5 to move one set from the title. The Hamburg-native played with aggression on his forehand and capitalised on backhand errors to earn three consecutive set points. Zverev converted his third opportunity when Medvedev failed to control an attempted forehand down the line.

Zverev served powerfully and covered the net with great skill to hold a 15-minute service game at 1-1 in the second set. But Medvedev raised his game at 4-4 to win eight of the final nine games and the trophy.

The Russian took advantage of short balls and capitalised on volley errors from Zverev to break to love at the start of the deciding set. Medvedev ground Zverev down from the baseline in extended rallies to increase his lead and decrease his opponent’s energy levels. The eight-time tour-level titlist claimed the trophy when Zverev committed his third double fault of the match.