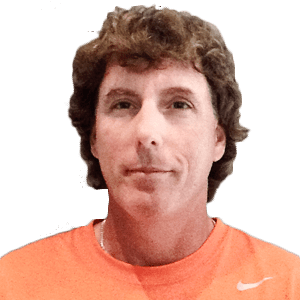 Jon grew up in Florida where he was a top 10 player in the juniors and won the 1987 Florida State Men's Open Championship. He attended Southern Illinois University at Edwardsville where he played #1 singles and doubles for the 1984 NCAA Division II National Champion Cougars. In Jon's professional career, he was able to obtain a top 300 ATP Raking before his career was cut short by illness. Jon began coaching in 1998. In 2004 he formed, and was Chairman of, the Sports Science Committee for Tennis Canada, and designed and implemented the template for Tennis Canada's Sports Science National Training Camps. Jon retired from coaching in 2007 to spend more time with his wife and two young sons, and returned to coaching in 2010 as coach of ATP player Philip Bester. Jon continues to work with select players and acts as a consultant to National and Provincial tennis organizations and coaches. Jon lives in Toronto with his wife Randee and sons Jonathan and Russell.