Frenchmen Step Up At Open 13 In Marseille
The Open 13 Provence, held on the Mediterranean coast in the city of Marseille, is one of five French tournaments on the ATP Tour calendar. Former player Jean-Francois Caujolle was a driving force in bringing a tour-level event to his hometown, and since the inaugural event in 1993, six Frenchmen have lifted the Marseille trophy, including Guy Forget in 1996; Fabrice Santoro, 1999; Arnaud Clement, 2006; Gilles Simon, 2007 and 2015; Jo-Wilfried Tsonga, 2009, 2013 and 2017; and Michael Llodra, 2011.

Pierre-Hugues Herbert was the only player to take a set off Daniil Medvedev at the Open 13 Provence. 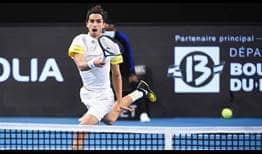 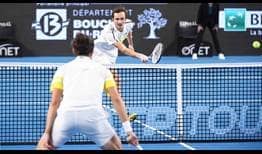 Daniil Medvedev has won six of his 10 ATP Tour titles at indoor events. 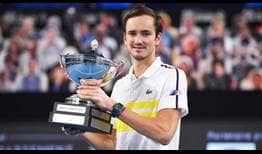 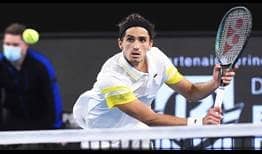 Daniil Medvedev has won all of his ATP Tour titles on hard courts. 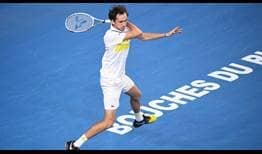 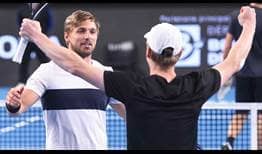 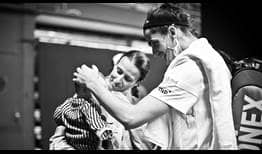 Daniil Medvedev will play Pierre-Hugues Herbert on Sunday in the Marseille final. 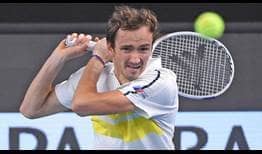 Jannik Sinner was chasing his second ATP Tour title of the season this week in Marseille, where he lost against Daniil Medvedev. 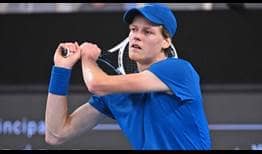 Daniil Medvedev defeats Jannik Sinner in the Marseille quarter-finals to take a 2-0 ATP Head2Head series lead against the Italian. 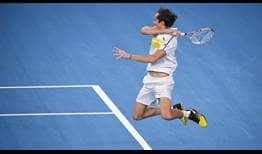 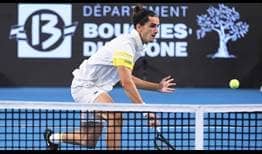 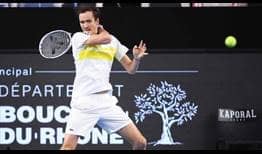 Sander Arends (net) and David Pel save one set point in the second set on Friday against Nathaniel Lammons and Jackson Withrow in Marseille. 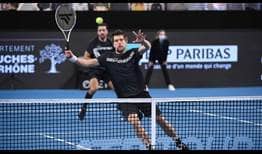 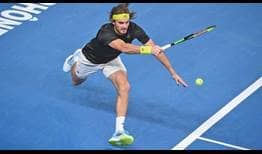 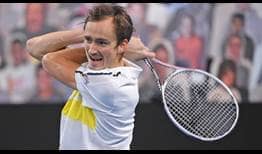 Kei Nishikori lost to Pierre-Hugues Herbert on Tuesday in the Marseille first round. 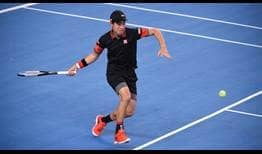 Pierre-Hugues Herbert says he couldn't 'complain about anything' in his victory over Kei Nishikori on Tuesday in Marseille. 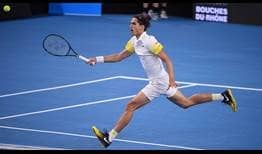 Jannik Sinner rallies from down a break in the third set on Monday to beat Gregoire Barrere in Marseille. 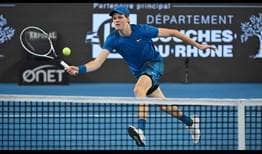 Emil Ruusuvuori advances to the second round in Marseille, where he will play Benjamin Bonzi or Matthew Ebden. 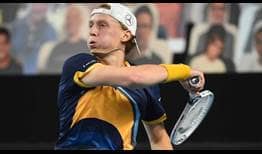 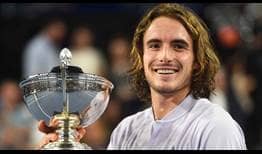 Nicolas Mahut and Vasek Pospisil did not drop a set en route to the Open 13 Provence title. 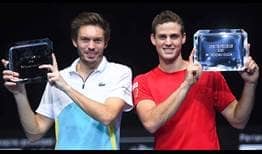 Nicolas Mahut and Vasek Pospisil are unbeaten in eight matches as a team. 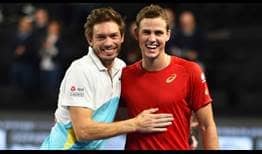 Nicolas Mahut and Vasek Pospisil own a 7-1 team record. 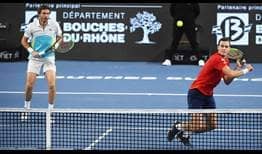 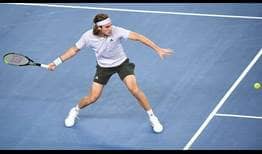