A Favourite Among Fans And Players
The 12-day Miami Open presented by Itau, named the ATP Masters 1000 Tournament of the Year from 2002-06 and again in 2008, boasts the participation of the world's top men's and women's players and has become the place to be seen in Miami. After 32 years at Crandon Park in Key Biscayne, the tournament made its debut at Hard Rock Stadium — home of the NFL's Miami Dolphins — in 2019. Roger Federer became the first player to lift the trophy at the new venue as he defeated John Isner in the final.

Nikola Mektic and Mate Pavic beat Daniel Evans and Neal Skupski to triumph in Miami for their fourth title of the season. 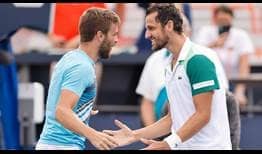 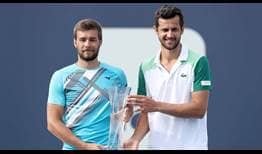 Andrey Rublev loses his serve three times against Hubert Hurkacz on Friday in the Miami semi-finals. 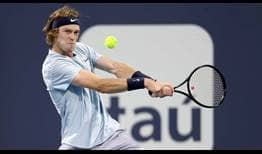 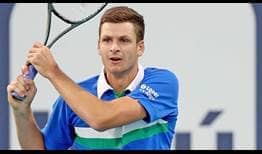 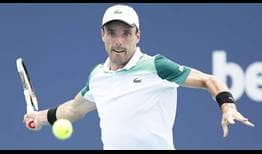 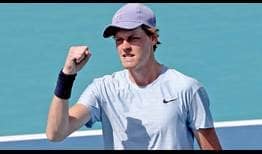 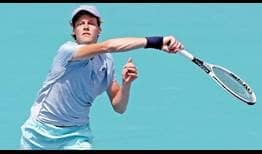 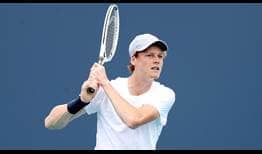 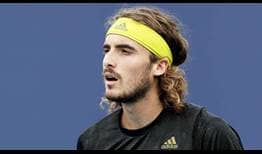 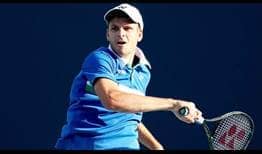 Hubert Hurkacz owns an 8-0 record in Florida this season. 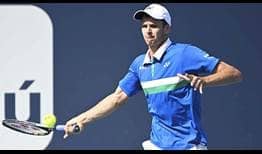 Fourth seed Andrey Rublev is aiming for his 20th match win of the season when he meets Sebastian Korda in the quarter-finals in Miami. 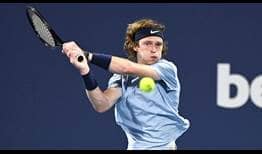 Alexander Bublik and Jannik Sinner have met twice on the ATP Tour this month. 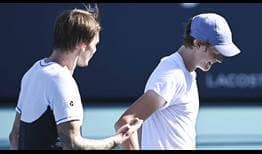 Alexander Bublik asks Jannik Sinner if he is human at the conclusion of the Miami Open presented by Itau quarter-final. 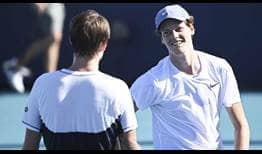 Jannik Sinner is making his debut at the Miami Open presented by Itau this year. 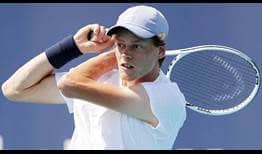 Alexander Bublik entered the Miami Open presented by Itau in 11th position in the FedEx ATP Race To Turin. 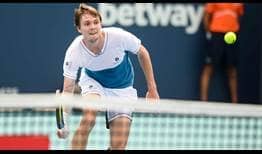 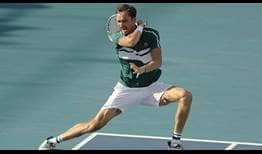 Andrey Rublev will face Sebastian Korda for a place in his first ATP Masters 1000 semi-final after defeating Marin Cilic in Miami. 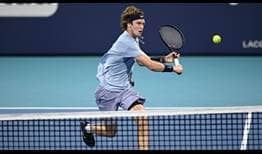 Sebastian Korda closes out the biggest win of his career over fifth seed Diego Schwartzman in the Round of 16 in Miami. 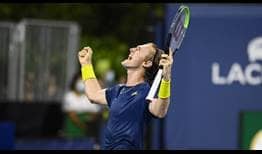 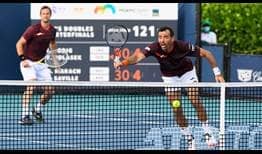 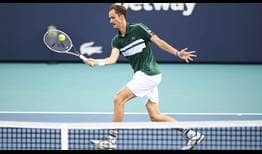 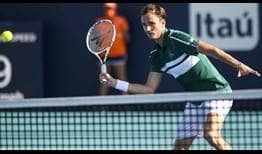 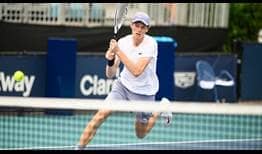 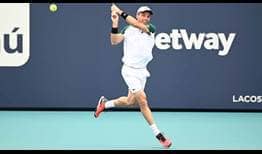 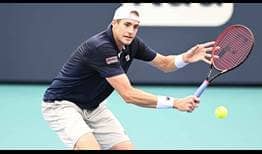