The Orleans Experience: French Legends, Executive Chefs & Renowned Artists
Travel an hour and a half south of Paris and you'll arrive at the 21st century version of tennis theatre: the Palais des Sports in the town of Orleans. With a capacity of 3,000 people, the arena is home to the Open d'Orleans on the ATP Challenger Tour. In addition to being a world-class experience for fans, tournament director Didier Gerard has hired a different artist to produce a painting for each champion. He noted that all the trophies he had won in his career were tucked away in his garage. Determined to make sure his event wouldn't be forgotten by its champions, he established his own tradition. In addition, a replica of each painting is hung on the walls of the Open Space restaurant, ensuring the heritage of the tournament is preserved over time.

Henri Laaksonen lifts the champion's painting at the ATP Challenger event in Orleans. 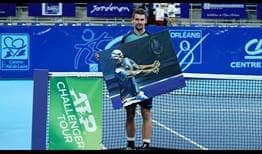 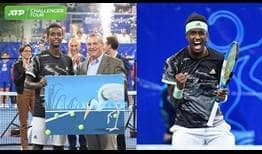 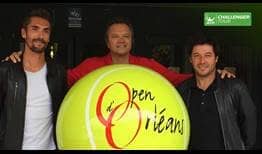 Norbert Gombos lifts the trophy at the Orleans Challenger. 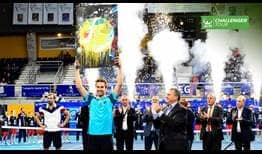 The champions of the ATP Challenger Tour event in Orleans proudly show off their winner's painting. 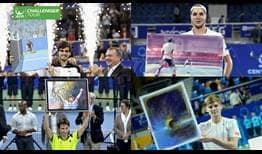 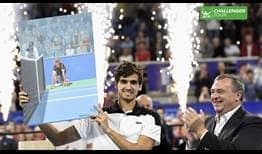 Tommy Robredo continues his comeback from injury in Orleans. 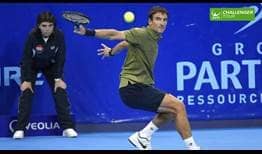 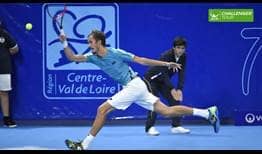 Jo-Wilfried Tsonga is making his first appearance at the Open d'Orleans. 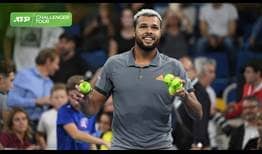