Seoul Kicks Off Korean Swing
It's the beginning of three straight weeks of Challenger tennis in South Korea, as the spotlight shines on the capital city of Seoul in early May. Followed by tournaments in Busan and Gwangju, the Challenger 100 event is fast becoming a staple on the circuit. Already into its fifth edition in 2019, it is held at the Seoul Olympic Park Tennis Center. Home to the 1988 Summer Olympics, the main stadium has a capacity of 10,000 people.

Soon-woo Kwon is the champion in Seoul, Korea, lifting his second ATP Challenger Tour trophy and first on home soil. 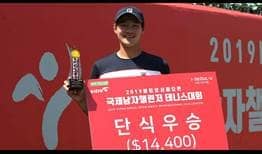 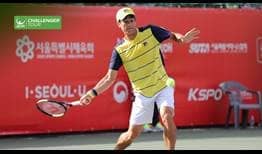