Zadar Challenger Returns For Second Edition
For the second time, ATP Challenger tennis arrives in beautiful Zadar, Croatia, in March. The tournament is the first of the Challengers on Croatian soil in 2022, with upcoming tournaments in Split and Zagreb. The seaside city of Zadar is not new to high-level tennis, having previously hosted two Davis Cup semi-finals in 2016 and 2018. For the second time, the tournament will be held at the recently built Falkensteiner Resort Punta Skala, home to seven clay courts and situated just steps from the stunning Iadera Hotel. Iadera is the former name of Zadar given in ancient Roman times. It is the oldest continuously inhabited Croatian city, tracing its origin to ninth-century BC. The winner's trophy is made of autochthonous Dalmatian stone from the vicinity of Zadar. 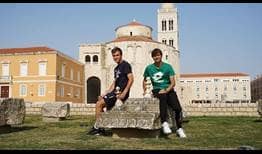 Flavio Cobolli is the champion in Zadar, claiming his maiden ATP Challenger title. 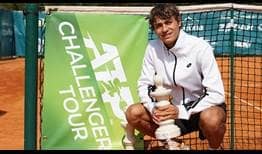 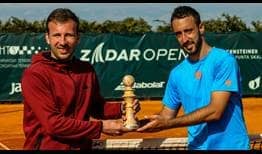 Nikola Milojevic competes in Zadar, as the scenic and historic Croatian city makes its debut on the ATP Challenger Tour. 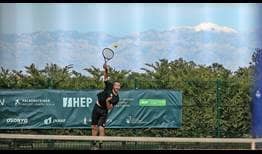