ATP Staff
This article contains:
World No. 8 joins in football celebrations in Rome

Matteo Berrettini may have fallen one match short of Wimbledon glory on Sunday, but after a quick dash to Wembley football stadium he became a part of Italian celebrations, following the nation's victory over England in the European Championships football final.

The 25-year-old watched from the stands as Italy beat England 3-2 on penalties (1-1 after extra time) with his girlfriend, WTA pro Alja Tomljanovic. Afterwards, they went onto the pitch to celebrate the victory.

"I wanted to see this match live to try to let the disappointment go," Berrettini told Sky Sports Italia. "It was cool. I was more nervous than my parents were during my Wimbledon final!"

Berrettini then flew on Monday to Rome, where he was invited to join the celebrations at the Quirinale Palace, the official resident of Sergio Mattarella, the President of the Italian Republic.

There, the World No. 8 had another opportunity to congratulate the football team and also gave one of his tennis racquets to President Mattarella. He then moved onto the Palazzo Chigi, residence of the Italian Prime Minister Mario Draghi. 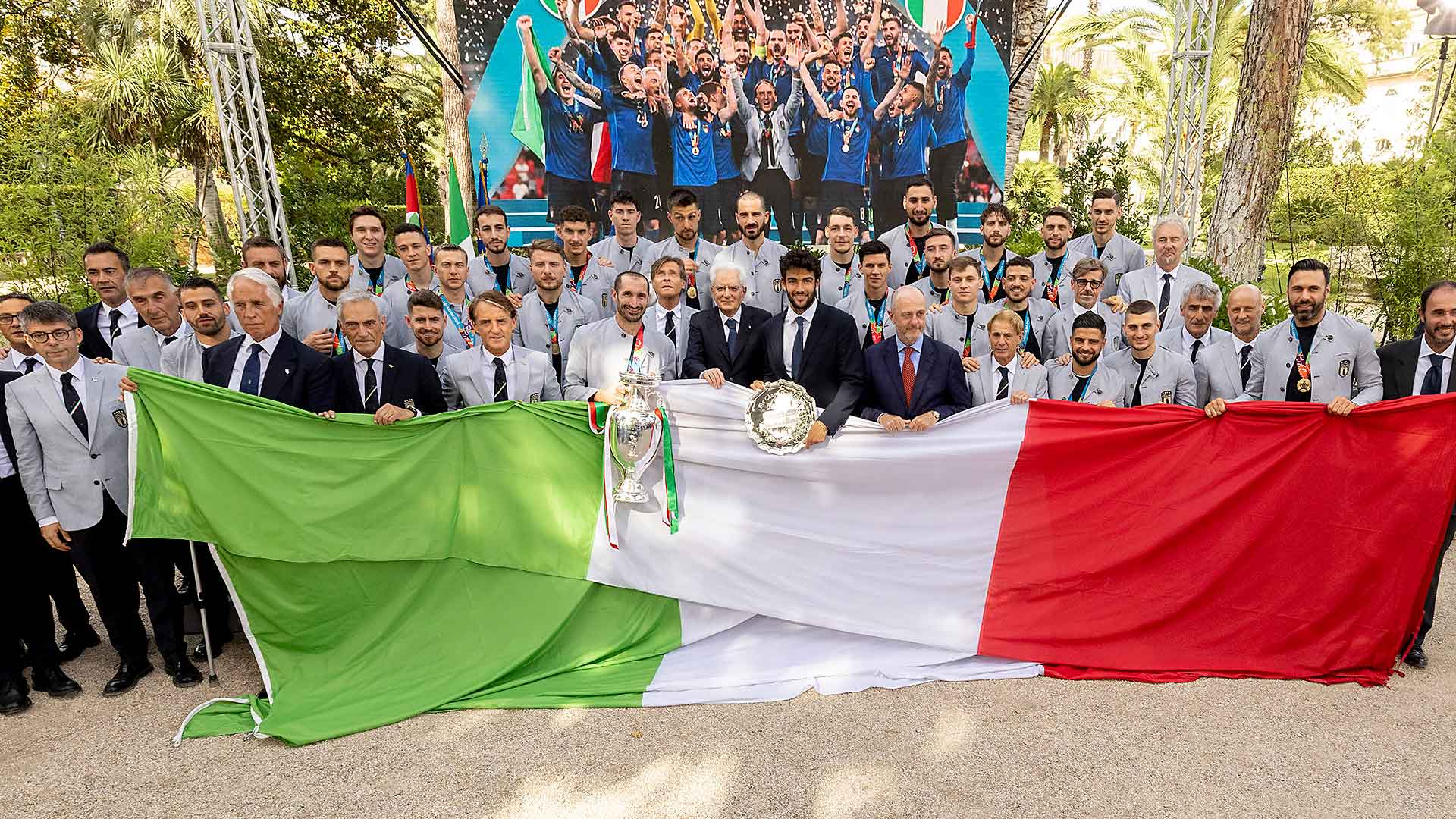 Berrettini, who has kept in contact with several Italian footballers, including Gianluigi Donnarumma, Giorgio Chiellini, Ciro Immobile, Leonardo Bonucci, Alessandro Florenzi and Nicolo Barella throughout the past few weeks, was also part of the victory bus parade.

Before Berrettini’s semi-final win over Pole Hubert Hurkacz and his 6-7(4), 6-4, 6-4, 6-3 loss to Novak Djokovic in the Wimbledon final, he and Italian football manager, Roberto Mancini, shared the respect they have for each other with their social media followers.