Benjamin Bonzi reached a career-high No. 60 in the FedEx ATP Rankings in November.

Breakthrough Frenchman Bonzi: 'It Is All Unexpected & New For Me'

Benjamin Bonzi enjoyed a standout 2021 season, capturing six ATP Challenger Tour titles, which saw him rise from No. 165 in the FedEx ATP Rankings to a career-high No. 60 at the start of November.

The Frenchman, who had never earned a Challenger trophy before this year, went 57-27 at all levels in 2021, winning tour-level matches in Montpellier and at Wimbledon.

The 25-year-old caught up with ATPTour.com to discuss his impressive season, his route into the sport, his interests away from the court and more.

You won six ATP Challenger Tour titles this year, what was the key behind your success?
I think it was to do with my confidence. I am more consistent now and playing the big points better, which I think was the big difference for my year. My coach and I talk every day on the courts and discuss technique, tactics and how to play points day after day. There is no specific thing, just working hard.

You started playing tennis when you were six years old. How quickly did you start to fall in love with the game and what role did your cousin play as you two hit together?
I grew up near the tennis club, it was about 500 metres from my home. I was walking there and going two or three times a week when I was very young and not playing. I was used to being there and then one day because my parents were already playing, I wanted to as well and that is how everything began for me.

My cousin stopped very quickly when I started getting better! It was a new thing for me and I enjoyed it, so I started matches and then I won a few and then you are in the game after that. I then started to play tournaments and travelled with my parents by car and now I am here today. It was only ever tennis. 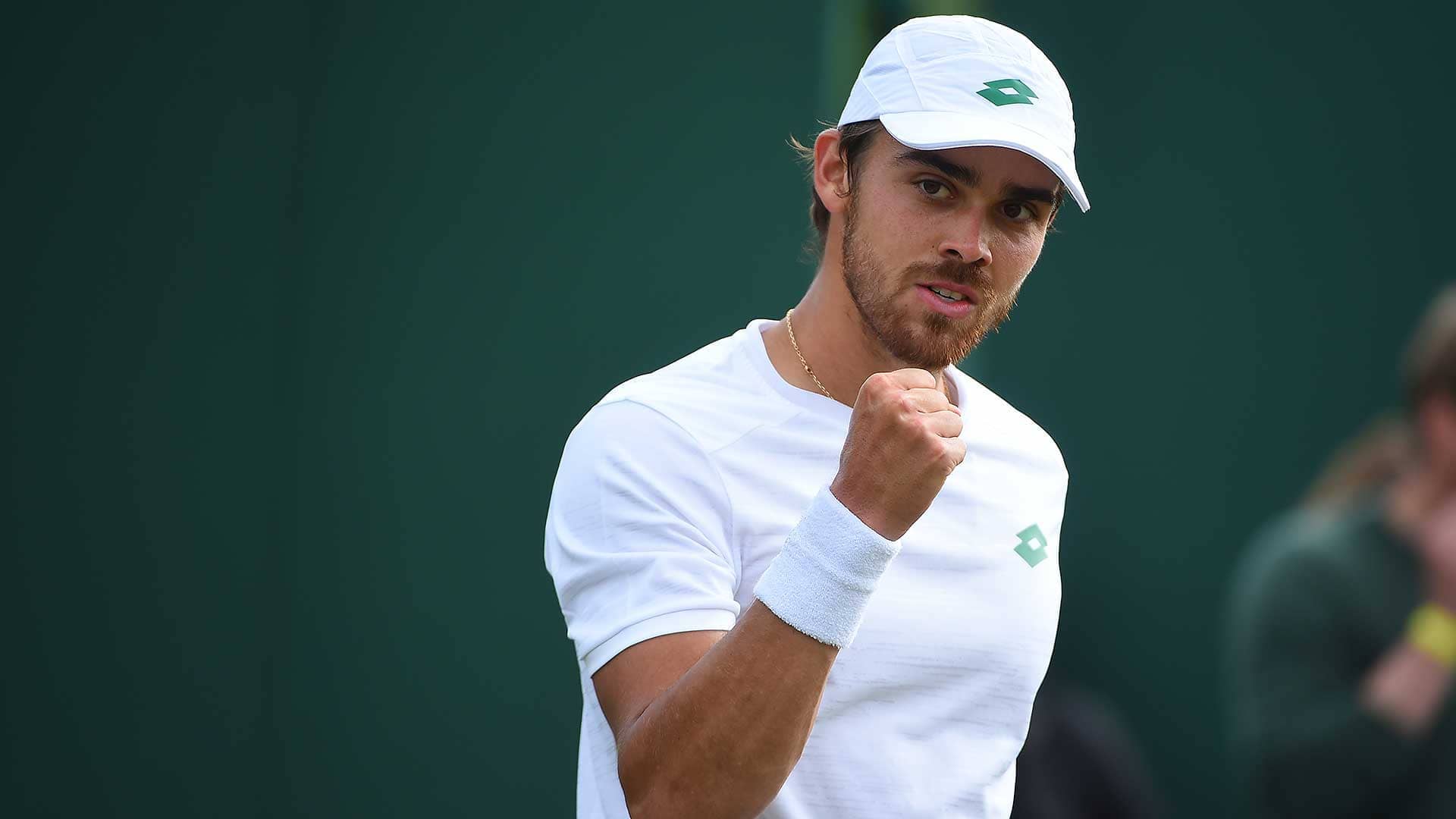 How do you like to spend your time off the court? What are your interests?
I love video games. I play a lot when I am home. I don’t take the PS4 with me on Tour, but when I am home I play a lot. I also spend time with my girlfriend because when you are at tournaments, she is not always there, so I try to spend time with my close friends and family.

I like to chill with my girlfriend because she is working a lot in France and I am travelling a lot, so when we are both at home, that is our relaxation time. We live in Marseille, so there is the sea and a beautiful landscape. We spend time out walking and enjoy it.

I also listen to music. I like to go to football and rugby in France as well. The football team I support is Marseille. I went to a match just after the US Open. I came home on Saturday morning and there was a match in the evening, so I went. It was my first time in the stadium and it was crazy there and they won!

Do you enjoy the travelling aspect of being a professional tennis player and is there a particular destination you like the most on Tour?
I like travelling. The United States is great. It is very nice to fly to the United States. My favourite places are probably Canada and the United States, so I will try and go there more in the future. Toronto was very nice this year, it was my first time there.

What are you aims over the next year now you are on the verge of the Top 50?
I need to stay focussed and try to stay the same. I need to get some experience on the ATP Tour and at [ATP] 250 events. I need to play matches at this level. I need to gain experience and try to win some matches if I can.

I started the year at No. 165 and wanted to try and win one Challenger title during the season and get closer to the Top 100, but now I am No. 64 and have won six Challengers, so it is all unexpected and all new for me.