"It's an incredible feeling," Carreno Busta said in an on-court interview. "I think that I worked very, very hard to finally win this title. It's my first ATP 500 title."

The Spaniard, who also won the AnyTech365 Andalucia Open in Marbella (d. Munar) on home soil in April, did not drop a set in Hamburg. He produced a dominant display in the championship match as he won 81 per cent (21/26) of his first-service points and broke Krajinovic three times.

Carreno Busta has now recorded 17 clay-court wins this season, having also enjoyed runs to the semi-finals at the Barcelona Open Banc Sabadell (l. to Nadal) and the Mallorca Championships (l. to Medvedev). This is the first time he has won two clay-court titles in a season. He has bounced back strongly this week after losing to Sam Querrey in the first round at Wimbledon last month. 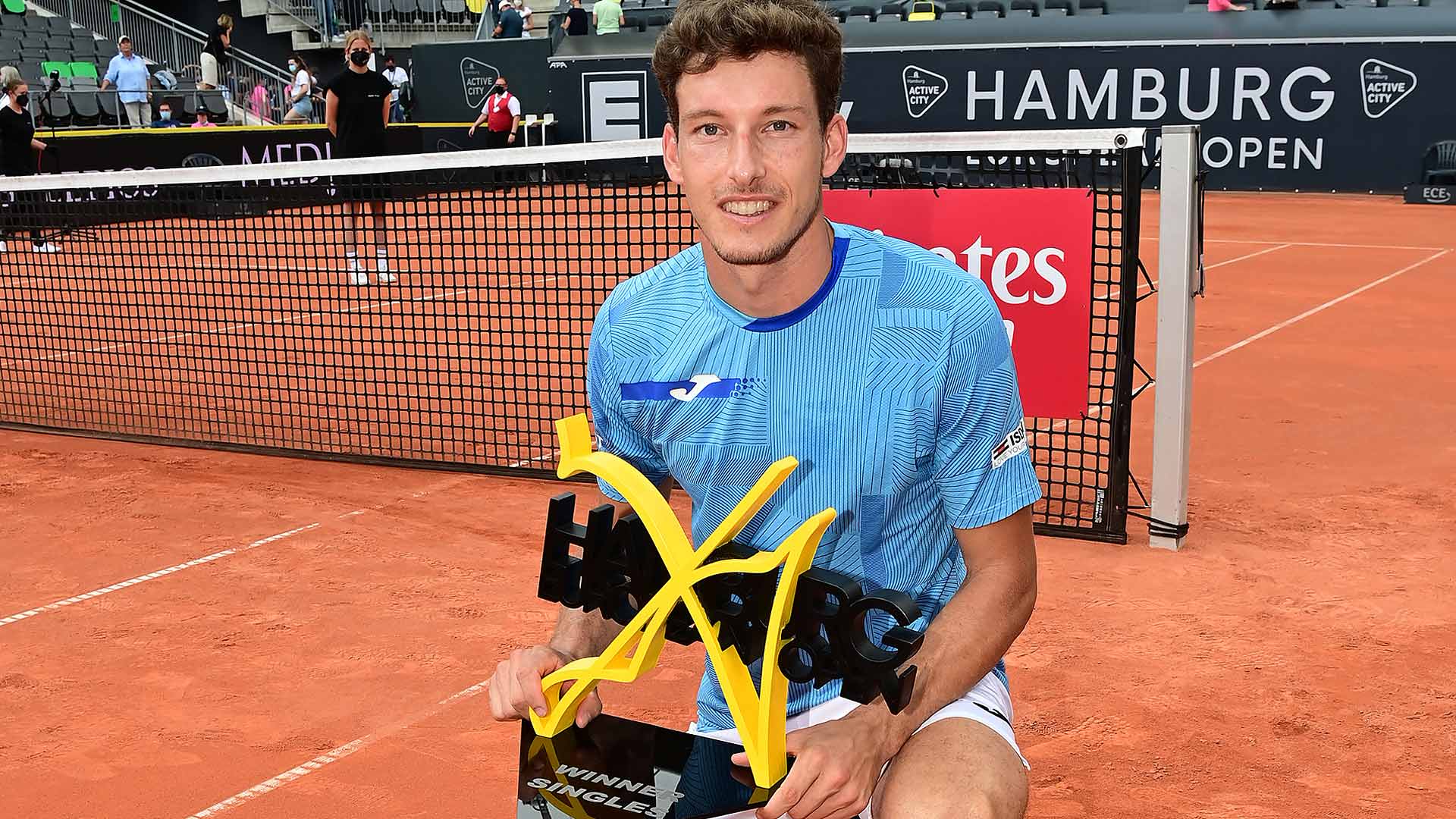 Photo Credit: Witters/Hamburg European Open
Carreno Busta made a strong start, as he stepped inside the baseline to move the Serbian from side to side as he dictated play in the first set as the Spaniard broke twice and hit 17 winners with his powerful groundstrokes. He moved ahead when Krajinovic hit a forehand long.

The match followed a similar pattern in the second set, as Krajinovic was pegged behind the baseline. The sixth seed struggled to use the drop shot as effectively as he had in the previous rounds as Carreno Busta broke again. He held serve to seal his victory in 83 minutes.

"Maybe at the end of the match I was very nervous," Carreno Busta said. "But I served good, so [that] was very important to finish the match."

You May Also Like: Playing Brooksby? Get Ready For A Battle...

Less than two years ago, Carreno Busta fell as low as No. 69 in the FedEx ATP Rankings due to a right shoulder injury. But the Spaniard, World No. 13 this week, is charging closer to his career-high of World No. 10.

"I felt very comfortable during the whole week from the first match," Carreno Busta said. "I think that I played very good and I continued improving during the week. That's very important and today in the final I probably played the best match of the tournament."

Sixth seed Krajinovic was competing in his fourth ATP Tour final on Sunday and first since reaching the championship match at the Stockholm Open in 2019. He equalled his career-best victory this week as he shocked World No. 4 Stefanos Tsitsipas in the quarter-finals, but is now 0-4 in tour-level finals.

"I would like to congratulate Carreno, you were too good today. You deserved to win," Krajinovic said. "It's my fourth final, I still didn't win [one]. But I hope it will come one day."

Did You Know?
Spaniards are now 5-4 in finals this season, and both Rafael Nadal and Carreno Busta have claimed two trophies. The last Spaniard to emerge victorious in Hamburg before Carreno Busta was Nadal in 2015.