From Pressure To Perfection: Inside The Mind Of Borna Coric

Borna Coric returns to the St. Petersburg Open with fond memories. The Croatian has made the trip to the historic Russian city for the third time in four years and enjoyed the best result of his 2019 season at this event.

Last season, Coric entered the tournament searching for form after a disappointing run of results in North America. But the 6’2” right-hander battled his way into form, playing three consecutive deciding sets en route to his first final in almost a year (l. to Medvedev). Returning as the seventh seed in 2020, Coric is excited to return to one of his favourite stops on the ATP Tour.

“It was very, very nice last year. I enjoyed it… Last year was the best [I have played here], by far,” said Coric. “It is not so much fun to remember the final, but apart from that it was super nice.

“I’m honestly really happy to be back here, I always have a very nice time here. Unfortunately, this year we cannot go out. It is a very, very nice city, one of my favourite cities. That is a bit sad, but at the same time I am just happy that I can play some tennis.”

In contrast to last season, Coric enjoyed a breakthrough run in the United States this year. The two-time ATP Tour titlist advanced to his first Grand Slam quarter-final at the US Open. All the hard work he put in during the ATP Tour suspension paid dividends and that run has given him added confidence ahead of the remaining hard-court events in 2020.

“In the lockdown, I was training really hard. I didn’t take much [time] off. In the whole five months, I had maybe two weeks off altogether. I was hoping that I could play some good tennis [at the US Open].

“I was a little bit lucky in some of the matches but, at the same time, I was very fit. I managed to play two matches of [around] four-and-a-half hours and that is very, very important for me. I stayed healthy and I was just very, very happy with the way I played.”

One of the most important components in Coric’s New York run was his ability to handle high-pressure situations. After a hard-fought five-set victory against Juan Ignacio Londero in the second round, Coric saved six match points to eliminate Stefanos Tsitsipas in a memorable five-set battle. 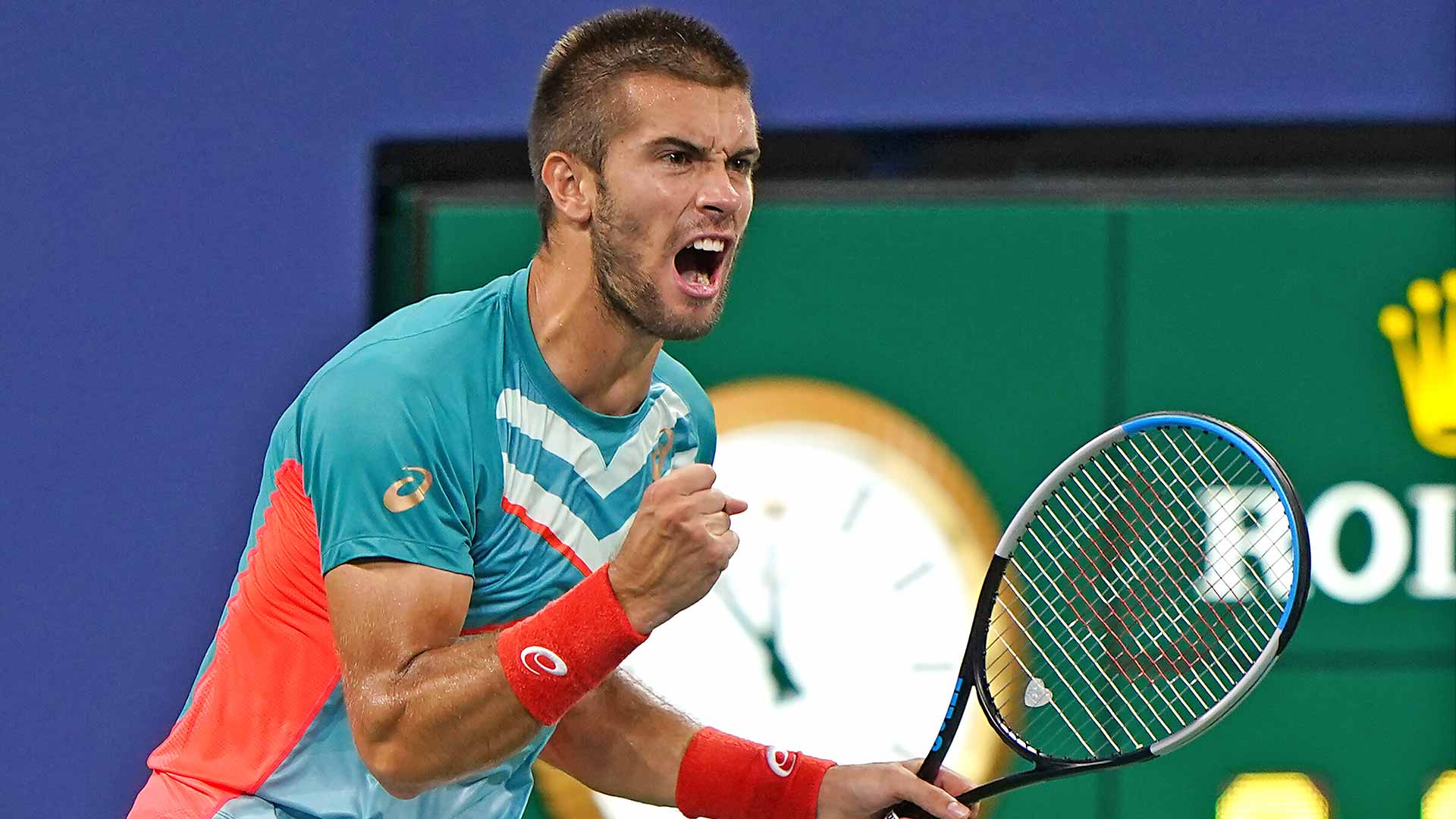 Coric’s relationship with pressure has continually evolved. The 23-year-old put himself under added pressure to perform as he made his first steps on the ATP Tour but, with greater experience and additional confidence, Coric now has a much better understanding of how to deal with expectations.

“I do put some pressure [on myself], but I said many times that we are tennis players and we are supposed to have some pressure. That is normal. If you don’t feel pressure, then something is wrong. I am used to it and I don’t have any big secrets [to say] how I deal with the pressure. It is just there. It has been there for the past 10 years and it is going to be there for the next 10 years. You just need to get used to it.”

You May Also Like: Medvedev On Defending St. Petersburg Title: 'There Is Some Pressure'

In an unpredictable year, Coric has experienced success and disappointment on the court. Alongside his win against Tsitsipas at the US Open, the Zagreb native also beat Dominic Thiem at the ATP Cup in January. But Coric has also suffered first-round losses in three of his eight tournament appearances this season, including his most recent outing at Roland Garros.

That defeat provided Coric with extra preparation time for St. Petersburg and this year’s remaining events. With past success at this tournament and the knowledge that he has already achieved some of his greatest results in 2020, Coric is ready for his first match against Feliciano Lopez on Tuesday.

“There have been some ups and downs in some tournaments [where] I expected a little bit more from myself, in the others I played some of the best tennis of my whole life… I am looking forward to the last three or four tournaments,” said Coric. “I think I am well prepared, I am feeling good on the court again and hopefully I can play good tennis.”