Maxime Cressy is competing in the Australian Open main draw for the second time.

Inside Cressy's Incredible Transformation: 'He's Not Even The Same Player'

Just two weeks ago, Maxime Cressy enjoyed the best week of his career. The 24-year-old American fell short in his first ATP Tour final at the Melbourne Summer Set, but his opponent, former World No. 1 Rafael Nadal, had plenty of nice things to say about him.

“I think he has good potential. He's going to be a very uncomfortable player for every opponent, for the top opponents, for the lower-ranking opponents,” Nadal said. “He's young on the Tour, so he has room to improve.

“He went very fast up the rankings. Probably when somebody does his improvement within [a] very short period of time, it's because his level is much higher than what his ranking says today.”

Cressy, at a career-high No. 70 in the ATP Rankings, has come a long way to earn such praise. In 2015-16, when he was a college freshman at UCLA, he did not crack his team’s singles lineup. According to former teammate Austin Rapp, when the team played intra-squad matches, he was at No. 6, essentially putting him at the bottom of the entire roster.

“He’s not even the same player when you look at him,” Rapp said. “He was getting beat down every single day at practice early on and then became one of the better players in the country in college by the very end.”

UCLA has a storied tennis history. Two recent players from the university, Marcos Giron and Mackenzie McDonald, were also in this week’s Australian Open draw. According to Rapp, Cressy was losing sets against his teammates 0-6, 1-6 or 2-6 most of the time.

“I remember that he was working hard like he was going to be playing, which was a good thing. But he was definitely quite a bit behind,” Rapp said. “He had the right build obviously: 6’7”, very strong, fit. But not a lot of structure to his game at all. He had a pretty big serve, but not a lot of variety. He didn’t know how to hit a kick serve yet. He wasn’t volleying well yet. He really had no returns, so he was kind of just a big guy with not a tonne behind it.”

At the time, Cressy worked with UCLA Head Coach Billy Martin to try to refine his groundstrokes and find his identity as a player. Rapp remembers them spending “countless hours” on his baseline game to try to improve in that area. But when Cressy served and volleyed, he generally had success, and they made the decision to focus on that.

“I think Billy deserves the credit for that. When he fully committed to that, thinking he had a 6’7” super lightning fast, strong, physical guy and you make that shift it was going to be really hard to beat him if he mastered that game style,” Rapp said. “Once [Cressy] started committing to that game style, he just ran with it.”

Cressy did not become a world-beater overnight. In his middle two years at UCLA, he was still in the middle of the lineup. It was not until his senior year that the Paris-born player reached No. 1 singles, an impressive accomplishment considering he was at No. 12 freshman year.

“No one I’ve seen has made that jump,” Rapp, who is a volunteer assistant coach at the University of Texas, said. “But it didn’t happen overnight, it was consistently showing up to work hard and willing to work his way up the lineup.”

Playing No. 1 singles in college does not guarantee professional success. But since then, through hard work and determination, Cressy has taken the ATP Tour by storm with his serve-and-volley game. At last year's US Open, he stunned Spaniard Pablo Carreno Busta and at the BNP Paribas Open he qualified and defeated Laslo Djere on his ATP Masters 1000 main draw debut.

“It doesn’t matter who you are. [even] the best players in the world. If he is executing, he’s going to win the point. If he’s coming forward, there’s only so much you can do with a 135 mph serve in the corner and a volley to the open court,” Rapp said. “It doesn’t matter how good you are. It kind of takes the racquet out of the best players’ hands. I’m pretty confident in saying that when Cressy loses, he loses and when he wins, he wins. It’s not generally [about] what the other guy does on the other side of the court.” 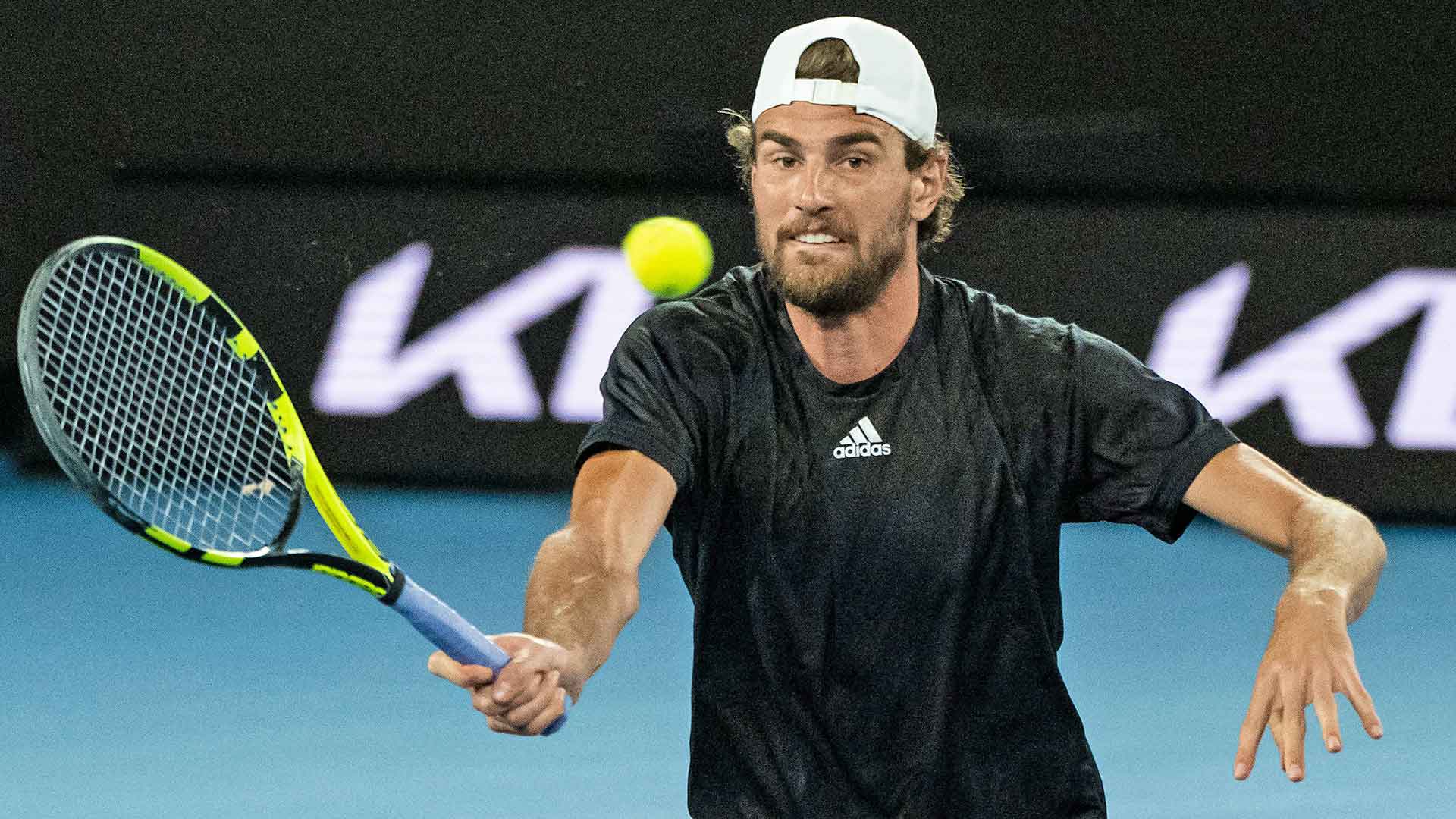 Photo Credit: AFP/Getty Images
There is one thing Rapp, who reached a career-high No. 672 in singles and No. 328 in doubles, said has always stood out about Cressy. He has long been a hard-worker, but above all else, Cressy believes in himself.

“He is one of the only guys where even when relative to what he’s doing [now], he wasn’t as good, he still truly believed in himself to be able to get there. A lot of people as they climb the rankings and reach their goals, they have to readjust their goals,” Rapp said. “He always had the goals of being Top 100 and playing Rafa and all these guys at the Grand Slams even when he was not in the singles lineup at UCLA. I think that’s the thing that sets Cressy apart and allowed him to improve so much.

“It’s not just now because he’s seeing the results. Truly in the bottom of his heart when he steps on the court with a guy like Rafa, he believes that he’s going to win. I think that’s something that we don’t see that often, especially against those top guys.”

Cressy upset John Isner on Tuesday in the first round of the Australian Open. The American will have a chance to reach the third round at a major for the first time on Thursday when he plays Czech qualifier Tomas Machac.

Based on past history, regardless of his result in Melbourne Park, Cressy will only continue improving. That is a scary thought for the rest of the Tour.

“He looks quite nice and humble and professional,” Nadal said after their Melbourne final. “So if he's able to stay focussed and do what he has to do, he's going to be much higher in the rankings at the end of the season without a doubt.”