Roger Federer rallies from 4-8 in the deciding set match tie-break to reach the Australian Open fourth round.

Roger Federer lived dangerously at the Australian Open, completing a fifth-set victory that will live long in the memory at 12:48 a.m. local time on Saturday morning. It was his 100th match win at Melbourne Park.

Drawing upon his vast experience, six-time former champion Federer recovered an early break in the fifth set to eventually beat Australia’s John Millman 4-6, 7-6(2), 6-4, 4-6, 7-6(10-8) over four hours and three minutes for a place in the fourth round against Marton Fucsovics of Hungary.

Federer recovered from 0/3 and 4/8 deficits in the eighth fifth-set tie-break of the championship for an historic victory that broke his three-match losing streak in fifth sets. He’d previously lost fifth-set matches to Grigor Dimitrov in the 2019 US Open quarter-finals, Novak Djokovic in the 2019 Wimbledon final and Kevin Anderson in the 2018 Wimbledon quarter-finals. His most recent fifth-set win came on the occasion of his 20th Grand Slam crown at the 2018 Australian Open (d. Cilic).

“Oh God, it was tough," Federer told former World No. 1 Jim Courier in an on-court post-match interview. "Thank God it was a Match Tie-break, otherwise I would have lost this one. Where to start? I think John played a great match… He is a great fighter, a good guy and it came down to the wire at the end.

"A bit of luck maybe goes one way. I had to stay so focused, take the right decision. He was doing all that stuff at the beginning of the Match Tie-break, coming up with the goods and I thought, ‘Okay, I guess I tried.’ I didn’t play too bad after all and I was getting ready to explain myself in the press conference… What a match and John deserves over half of this one.”

You May Also Like: Federer: ‘It Was Crazy, Fun And I Couldn’t Be More Happy’

Millman said prior to the match, “If lightning strikes twice, I wouldn't say no to it,” and the Australian, cheered on by thousands in Rod Laver Arena, very nearly added to his 3-6, 7-5, 7-6(7), 7-6(3) victory over Federer in the 2018 US Open fourth round. Matching the third seed off the ground, and playing nerve-free tennis, Millman severely tested Federer’s stellar record against players are their home Grand Slam championship (now 39-3).

Federer, who improved to 3-1 lifetime against Millman, hit 62 winners, including 16 aces. Although he committed 82 unforced errors, Federer won 85 of his 111 first-service points, but went three of 10 on break points. Millman won 178 points to Federer’ 181 total points.

“I had to figure out a way to get him in trouble on his serve," said Federer. "He’s not known to be the best server. He’s got a good serve, but it is not like the tall guys coming in super fast and everything. But he was doing such a nice job of not making many mistakes and I was struggling in the forehand cross court, backhand cross court. He was dominating both sides, so I think for me it was a matter of holding my own serve, figure out a way and give myself time and chances…

"I never really felt comfortable and I thought John did a great job of keeping me on my back foot. I couldn’t always step in, until the last shot. I went for it. He picked the wrong side. It was tough… John made it so difficult for me tonight.” 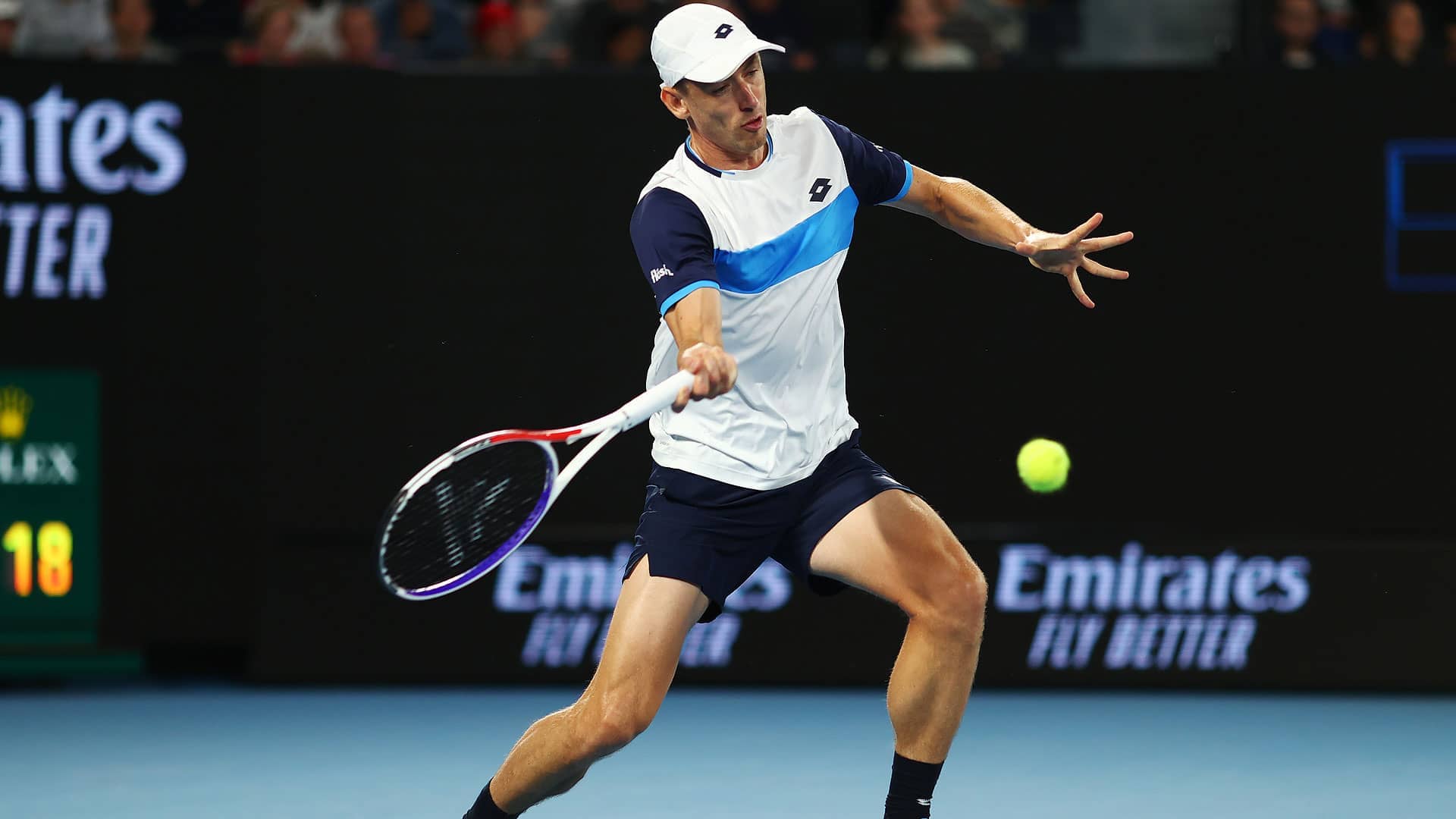 Millman, who prides himself in being one of the fittest players on the ATP Tour, started in confident fashion, holding serve to love and trading powerful groundstrokes with Federer, who lost his serve in the fourth game when Millman hit a backhand approach winner. Millman consolidated the break for a 4-1 lead by recovering from 0/30 and saving one break point, but got caught on the run by Federer when serving for the set at 5-3. In the next game, errors from Federer handed Millman the 32-minute opener.

Federer said he’d need three matches to start playing his best tennis and the Swiss started to fire in the second set, testing Millman on serve with deeper returns but could not convert his lone break point at 5-5, 30/40. Federer stepped up at 3/1 in the tie-break, seizing control with a big forehand that left Millman scrambling and rushed the net at 6/2 to strike an athletic backhand volley winner.

There was little to choose between the pair in the third set, but Millman gave Federer a look at 4-5, when he hit a double fault at Deuce, only to slam the door with an ace down the middle. Federer, now rushing the net and putting Millman deep behind the baseline, weathered an aggressive barrage and clinched the 45-minute third set when Millman over-hit a backhand.

Millman refused to give in and in the seventh game of the third set, chased down deep groundstrokes at 30/40 to force a forehand error from Federer and a 4-3 advantage. Unlike the first set, when Millman was broken when serving at 5-3, the 30-year-old didn’t make the same mistake, striking four powerful first serves into court for a cool love hold.

"I could have gone away easily in that fourth set. Roger was playing pretty well. Had the momentum. I thought I turned it around pretty well. I left everything out there."

When Federer overhit a mid-court forehand long to give Millman a 2-1 lead in the decider another upset was on the cards, but never rule out a champion. Federer bounced back immediately for 2-2, and later Millman needed to recover from 15/40 for a 4-3 lead. As the pair’s fourth ATP Head2Head meeting edged closer to a deciding-set tie-break, Federer applied the pressure firmly on Millman’s shoulders, but the Australian didn’t buckle.

Millman stormed to a 3/0 lead in the eighth fifth-set tie-break of the championship and carried the momentum, including a superb forehand passing stroke at 7/4, but Federer won six straight points for a famous victory - ending with a forehand winner into space (his 62nd winner of the match).

“If you watched to get up to 8/4, I hit a running forehand line pass, a running forehand cross pass, a stop volley that I was probably dead to rights to make,” said Millman. “Then Roger made it tough. I don't know. That's what the best players, I guess, do…

“It's not as if it was double faults or first-ball errors. I went after it. At 8/8, I had a chance, he played a pretty good volley, I'm running full tilt. Missed one line. Again, that would have been a pretty good pass.

“Then I played a great point I think at 8/9 and he picks the right way. What do you do, you know?” 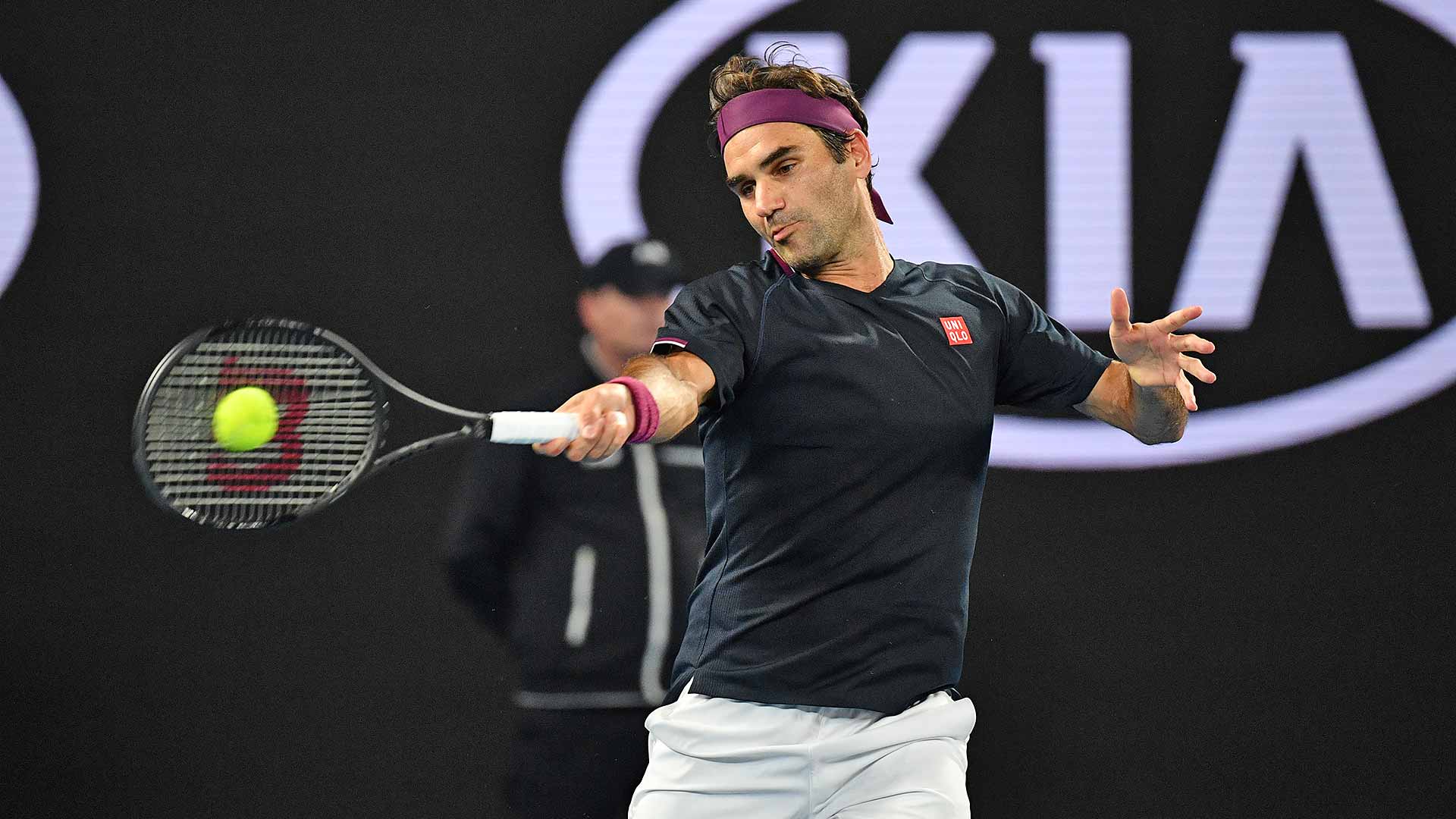