Paolo Lorenzi reached a career-high No. 33 in the FedEx ATP Rankings.

Lorenzi Retires: 'The Best Journey Of My Life'

Andrew Eichenholz
This article contains:
The 39-year-old ends his career after US Open qualifying loss

Paolo Lorenzi, the 39-year-old Italian known among his peers for his tireless work ethic and friendly demeanour, played his final match on Thursday in the second round of US Open qualifying. Frenchman Maxime Janvier eliminated the veteran 6-4, 6-3.

“No more professional tennis. That’s what I was thinking, to finish in New York. I’ve always loved New York, so I think it’s a good place to stop,” Lorenzi told ATPTour.com. “Everything was more difficult and I had a few injuries at the beginning of the year, so I knew that my body was not like before anymore. You have to know when it’s time to finish.”

The final game of the match was fitting for Lorenzi, who saved three match points and earned a break point to get back on serve before bowing out. Afterwards, Lorenzi spent about two hours chatting with a few friends who were in attendance just a few strides from the court.

“I would like to finish every match trying every chance, every moment in the match to try my best,” Lorenzi said. “I hope that this is a good memory.” 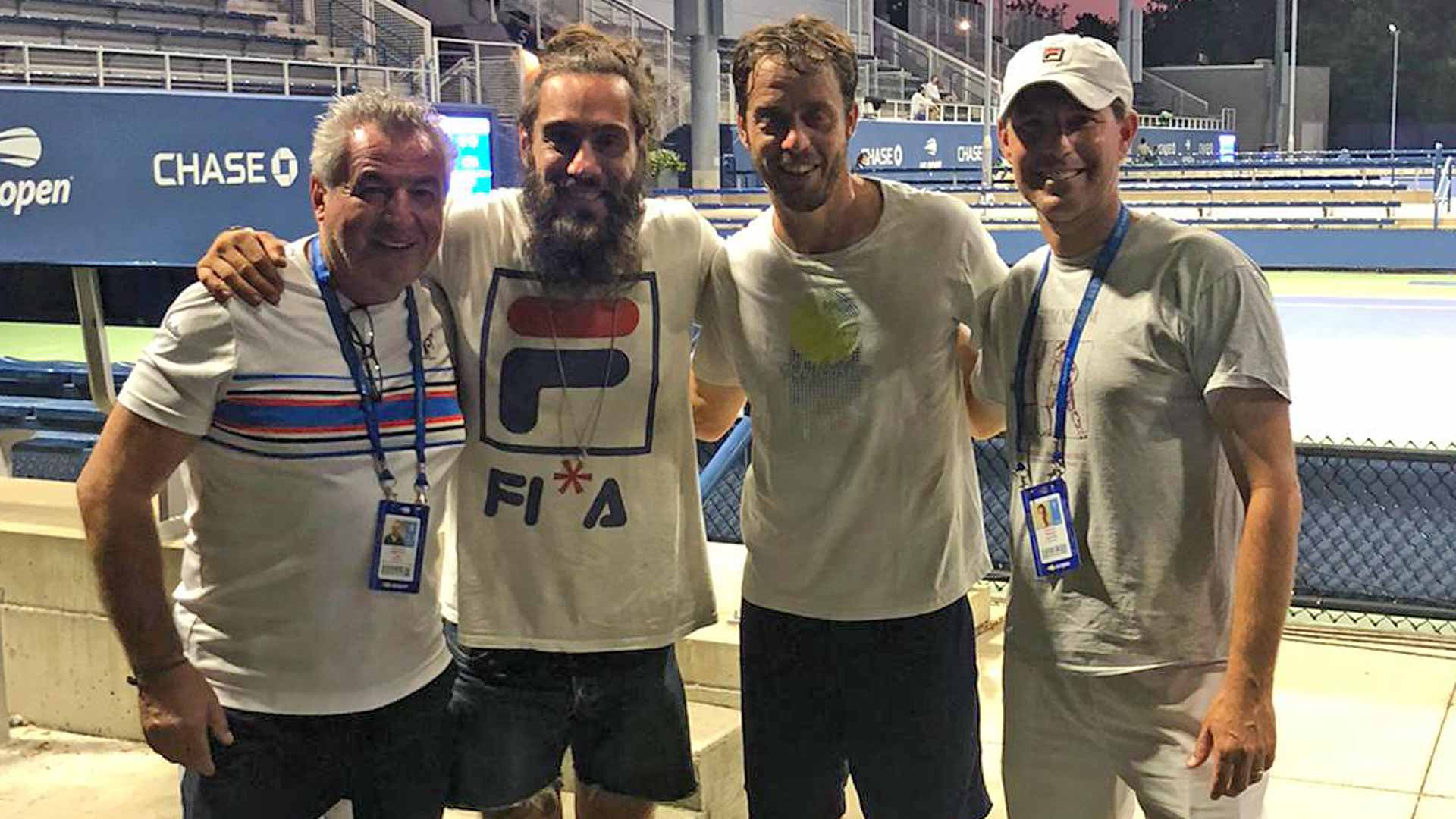 Paolo Lorenzi takes a picture with his friends after his first-round qualifying match at the US Open.
The US Open was a special tournament for Lorenzi, who is now a Florida resident. The Italian lost his first 13 major main draw matches before winning one at Flushing Meadows in 2014. His three best Slam results came in New York, where he made the fourth round in 2017 and the third round on two more occasions.

“Every time I’m here, I’m happy, so that’s why I chose New York [to retire],” Lorenzi said. “It’s strange. Of course I know that one part of my life is finished, for sure the best part. I was lucky. My passion was my work, so I cannot ask for anything more than that.

“But I’m also happy because I was trying my best. From when I was young, I was trying to be a professional tennis player. I made it.”

Lorenzi did not break into the Top 100 of the FedEx ATP Rankings until he was 27. But in 2016 at age 34, the Rome native became the oldest first-time singles champion in ATP Tour history (since 1990) when he triumphed in Kitzbühel.

One year later, Lorenzi climbed to a career-high World No. 33. He also won 421 ATP Challenger Tour matches and 21 titles at that level, good for second and third, respectively, on each all-time list.

Lorenzi is not positive what is next, but he plans to remain in tennis. The Italian worked for Sky Italia during Wimbledon, where he interviewed the likes of Roger Federer, and is set to work in a similar capacity this November in Turin at the Nitto ATP Finals. He also is considering coaching in the future.

“[I want to] share my passion with all the other people. I hope it’s going to work,” Lorenzi said. “I was trying to be focused until New York, because my goal was to try to play my best tennis. From now on I will try to do something else.”

Lorenzi thanked his wife, Elisa, and the rest of his family for all their support. He also shared his gratitude for the fans, who backed him throughout his lengthy career.

Lorenzi admitted that if there was one thing that he was sad about Thursday, it was that he hoped to qualify for the main draw to have one more opportunity to play in front of spectators. There are no fans in attendance for US Open qualifying this year due to the COVID-19 pandemic.

“I would like them to remember me as a player who was trying his best every time on court and was fighting until the end,” Lorenzi said. “This was the best journey of my life. I really enjoyed every moment. Every time I was on court, it was a dream that came true.”