When Murray Was The Winner Who Took It All In London

Brit became 17th man to end an ATP Tour season as World No. 1

Throughout the majority of his career, Andy Murray has been chasing his biggest rivals, Roger Federer, Rafael Nadal and Novak Djokovic, for the sport’s biggest prizes, but on the eve of the 2016 Nitto ATP Finals he was in the form of his life.

The Scot had miraculously overturned Djokovic’s 9,025 points lead in the FedEx ATP Rankings and won 60 of 65 matches—which included 11 finals from 12 events—to rise to No. 1 for the first time on 7 November 2016.

For the first time in 666 weeks, Federer, Djokovic or Nadal did not hold the top spot and Murray knew with strong performances at The O2 in London that the trophy and the possibility of year-end No. 1 would be in his sights. Mission impossible maybe, but a target had been set.

Murray was drawn into Group John McEnroe alongside US Open champion Stan Wawrinka, Kei Nishikori and Marin Cilic. Although the Brit extended his winning streak to 22 matches by finishing top of the group with a 3-0 record, he was significantly tested by Nishikori. The Japanese pushed Murray to three sets in the longest best-of-three match at the tournament (three hours, 21 minutes) since records began in 1991.

That record did not last long. In the semi-finals, Murray contested his sixth ATP Head2Head contest of the year against Milos Raonic (5-0). Murray had already defeated Raonic twice in London that year, with final victories on grass at the Fever-Tree Championships and Wimbledon.

Across three hours and 38 minutes, Murray and Raonic thrilled the crowd inside The O2. Raonic played with aggression, as he attempted to close the net and overpower the World No. 1. On the other side of the net, Murray tried to neutralise the Canadian’s biggest weapons, extend rallies and move Raonic out of position.

With nothing to split the pair, the match came down to a final-set tie-break. After saving three match points, Raonic stood one point away from reaching the championship match and ending his opponent’s year-end No. 1 ambitions. But Murray held his nerve to finish an extended rally at the net and keep his winning streak alive. The top seed claimed victory on his fourth match point to book a winner-takes-all final clash against rival Novak Djokovic.

“It was one of the tougher matches I played this year,” Murray said. “It was not easy... obviously with it being very long, but also mentally tiring as well.” The match finished at 5:38pm, with thousands of fans queueing in the entrance hall of The O2 to get in for the start of the 6pm session. 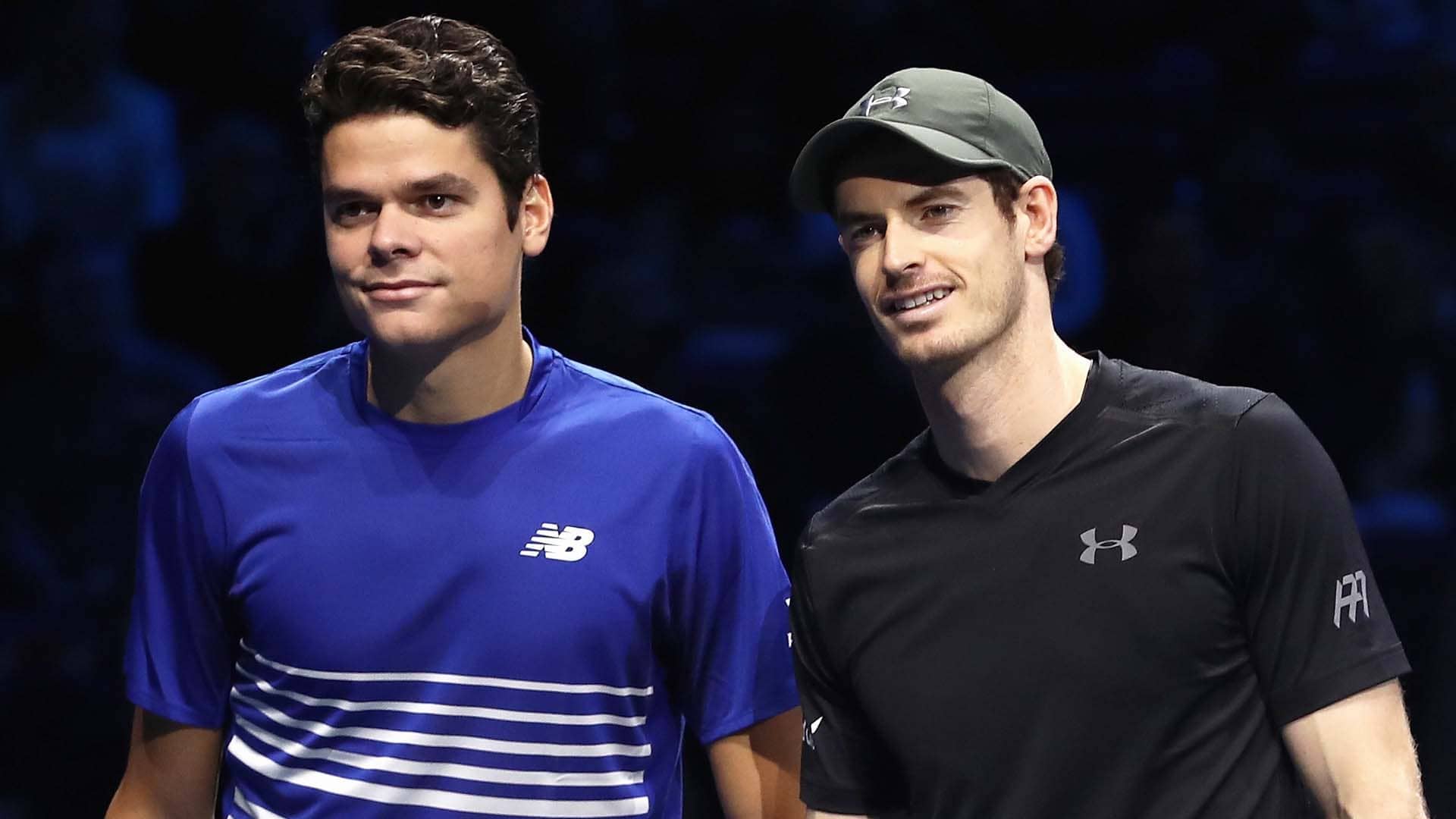 For the first time in ATP Tour history, the year-end No. 1 position in the FedEx ATP Rankings was on the line for both finalists. The tension was high, as Djokovic was attempting to win a record-extending fifth straight title at the tournament and finish a fifth season in six years as the top-ranked player. But he proved no match for Murray.

Murray produced a near-flawless performance to become the first British man to claim the Nitto ATP Finals crown and finish an ATP Tour season as the year-end World No. 1 in the FedEx ATP Rankings. Murray entered the match with just three wins from his past 19 matches against Djokovic, but he raised his game in front of his home crowd to finish the year with 24 consecutive wins.

"It’s been a tough rivalry,” said Murray. “I’ve lost many of them but obviously I’m happy I’ve got the win today. To finish the year No. 1 is very special. It’s something I never expected."

Murray, who competed at the Nitto ATP Finals on eight occasions, held onto the top spot for 41 consecutive weeks. The three-time Grand Slam champion won 18 of his 25 matches during his reign at the top of the sport and claimed two titles from three championship matches.

Murray has claimed two Wimbedon trophies, a record five Fever-Tree Championships crowns and an Olympic singles gold medal in London. But perhaps his most remarkable achievement in the city came on that day at The O2 in 2016, when he ended a streak of 12 consecutive year-end World No. 1 finishes by the Big Three with an unbeaten title run at the most exclusive event on the ATP Tour.