Former No.3 David Nalbandian was originally an alternate at the 2005 Masters in Shanghai.

Marcos Zugasti
This article contains:
Argentine looks back on his 2005 Shanghai victory, when he beat Federer in the final

David Nalbandian’s tone changes when he talks about his “epic and incredible” win at the Nitto ATP Finals in Shanghai 15 years ago. The 2005 tournament was notable for its record number of Argentine players, with Guillermo Coria, Gaston Gaudio and Mariano Puerta, and Nalbandian eventually played in it despite only being an alternate.

The event is still fresh in the memory of Nalbandian, who said he doesn’t have to try hard to remember it; the emotions come flooding back.

Nalbandian had returned home to Argentina after bowing out of Paris-Bercy to Tommy Haas and was preparing for a fishing trip to the remote Rio Pico in the Argentinian Patagonia. “I just wanted to go on holiday with my family,” he said. “I had already said that I wouldn’t go as an alternate... but then they told me that there was a chance I could play. So we waited.”

Suddenly, everything changed; had they called him a day later, he would have already been fishing and out of phone coverage. “Andre Silva called me. I had returned to Cordoba on Thursday, they called me on Monday, and Tuesday night I flew to Shanghai, where play was starting the following Sunday,” explained the former No. 3 in the FedEx ATP Rankings, who boarded a plane to China, without a coach, accompanied by his mother Alda and his partner Victoria Bosch. He would later be joined by his physio and friend Diego Rodríguez and his agent, Spaniard Carlos Costa.

“The jetlag was tough when I got there,” remembered the Argentine, who struggled with the time difference; “I was waking up at 5 am. I wanted to go and have breakfast but it was closed. I went to train early because at the end of the day, from 5 pm I was dead. I didn’t want to have a siesta because it was worse, you take longer to get used to it.”

When he got on court he immediately felt good. “In the first training session I had a good feeling, I was surprised. After playing against Federer in the first match, despite losing, I felt that I was playing well, that I had a chance of having a good tournament; I was convinced,” explained Nalbandian.

You May Also Like: When Murray Was The Winner Who Took It All In London

What came next did nothing to shake his belief. “I played against [Ivan] Ljubicic, who was a tough opponent on indoor courts. And I felt perfect against him and I always had it under control. Then against Coria, he always struggled a tiny bit on fast courts, and he wasn’t as incredible as on clay. I qualified and in the semi-finals I had nothing to lose, so I told myself that I should aim higher. I played perfectly against [Nikolay] Davydenko and then had to play Federer again.

“I was playing incredible tennis and I went into the match confident of revenge against Roger. Without any rhythm I had just lost the first match, so in the final it had to go better for me than in the opener. My chances were better...”

It turned out to be a roller-coaster. Despite losing the first two sets in tie-breaks, Nalbandian still believed that he could take the spoils. “I had lost by one, two or three points difference. I knew that if I maintained that level I could turn it around and that happened. And I persevered, and another match started in the fifth set. It was a number of things and he woke up at the last minute... at the end of the match, everything was close and it could have gone either way.”

After going two breaks up in the final set, the decider went to another tie-break. “I lost the first two and this is the most important one. ‘Stay focused, you can’t lose this’, I told myself. When there is more pressure than normal, the important thing is to go back to your routines, breathe and try to play as ‘normally’ as possible. That’s what I did and I won,” he recalled. The victory split what would have been five consecutive Tennis Masters Cup titles for Federer, who triumphed in 2003 and 2004 in Houston and won the subsequent two titles in Shanghai in 2006 and 2007. 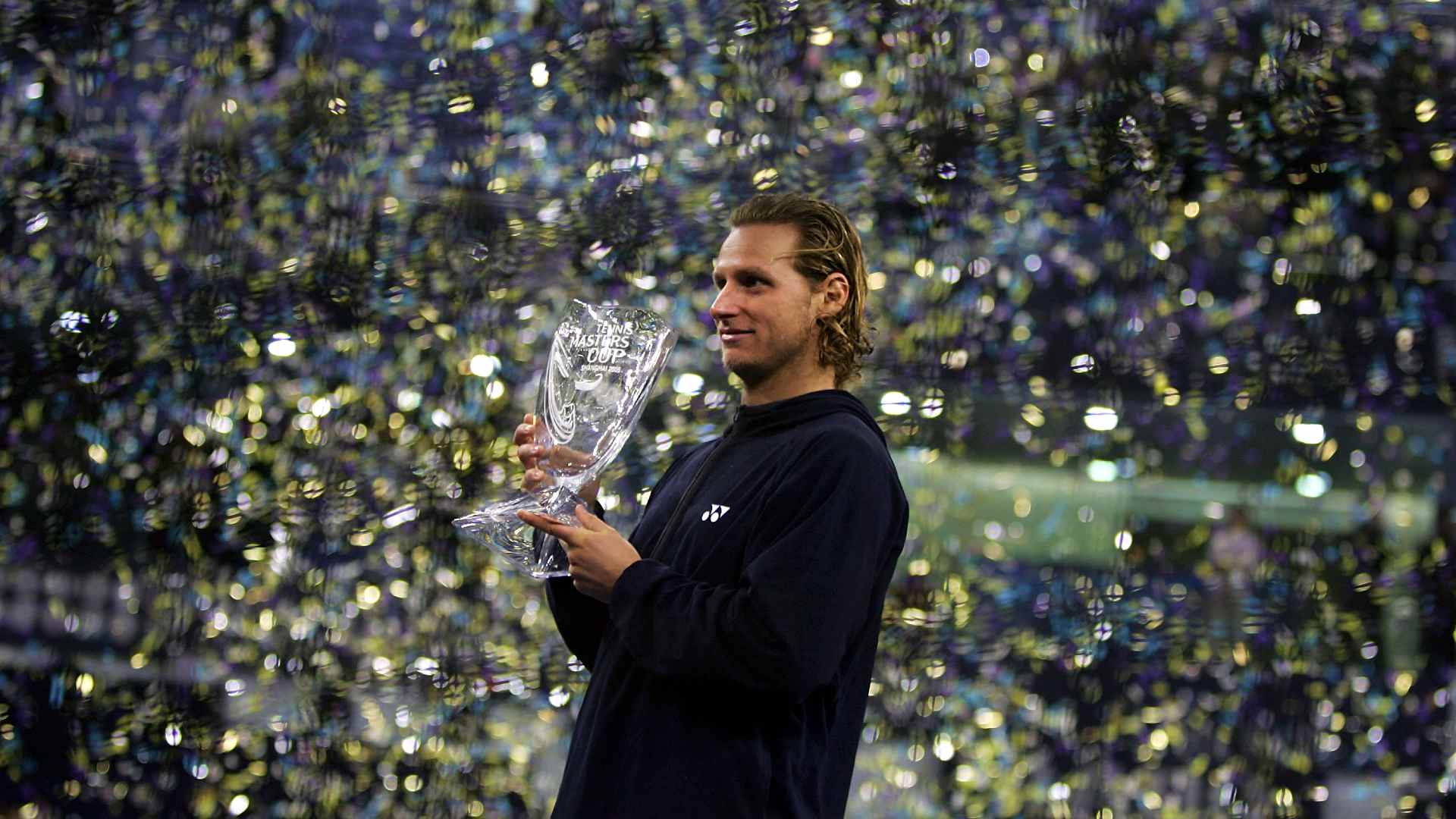 How would Nalbandian rate that match in his career? “It’s one of the biggest matches and wins of my career, not just because I beat Roger; I was out of the tournament, on holiday... a week later I was the champion. It’s pretty incredible.”

“The first thing I thought of was my father. He had passed away the year before; it’s such a shame that he’s not here to see me win the Masters, I thought,” he said with emotion in his voice. After celebrating with his family, Nalbandian returned to Cordoba. “Argentina was crazy. People don’t win a tournament like that every day.”

“But I only had commitments for one day and I finally went on holiday, my friends were waiting for me.” Of course, nothing would get in the way of his plans; he had to go fly fishing with his brothers. They knew, win or lose, with or without glory, their tennis-playing brother would be back: “I wasn’t about to cancel it because I was the Masters champion.”