Matteo Berrettini kicked a goal in Naples before taking the court at the Tennis Napoli Cup.

The Italian on Wednesday met countryman Fabio Cannavaro, a football legend who won the prestigious Ballon d’Or in 2006. Cannavaro was the captain of the Italian team that won the World Cup that year.

It was not the first time Berrettini has met with football royalty. After competing in the Wimbledon final in 2021, he joined his country’s football team to celebrate their victory at the European Championships.

Berrettini’s meeting was not the only fun off-court experience of the week on the ATP Tour. Several players competing in the European Open visited Chocolate Nation in Belgium. 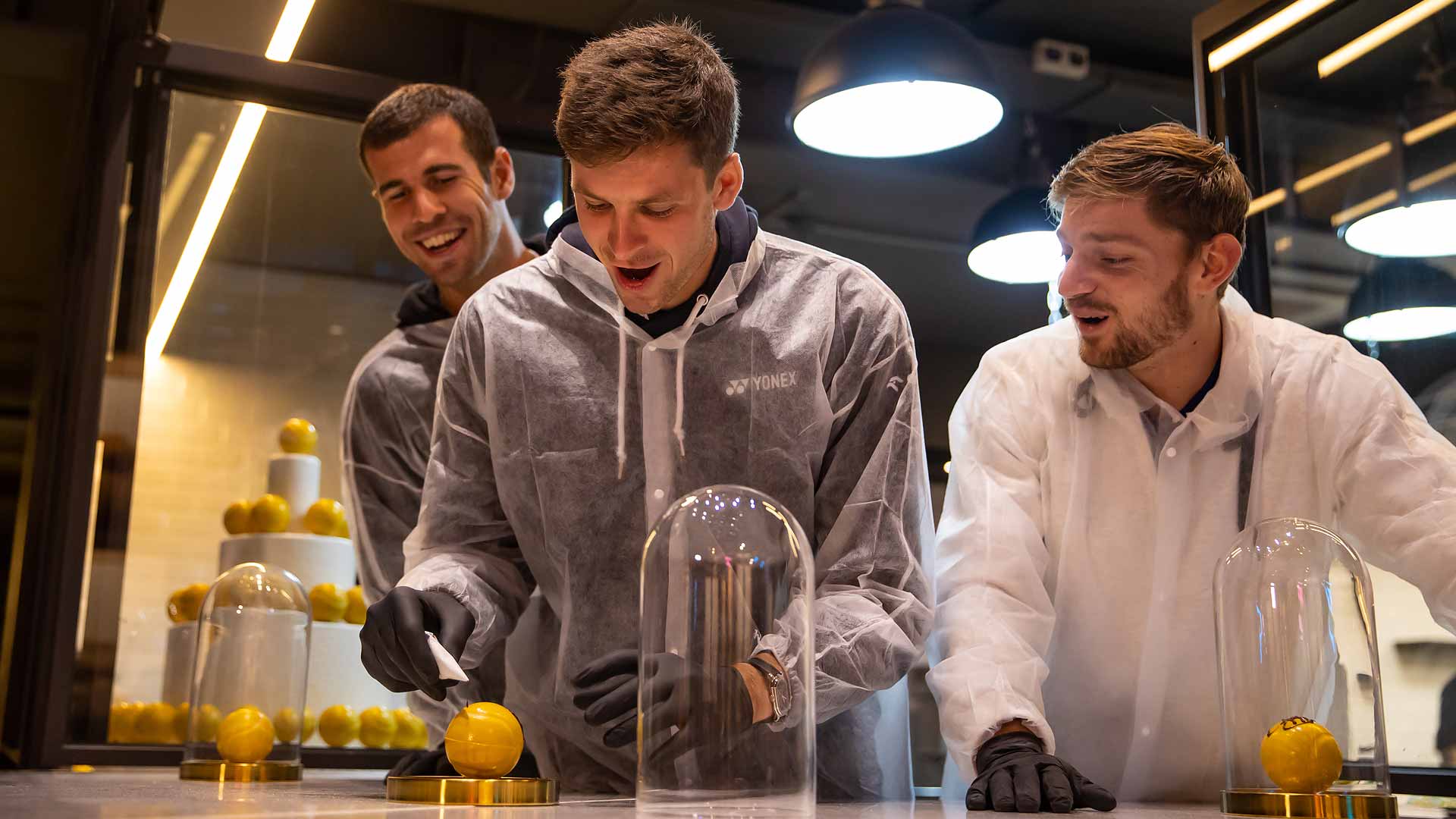 Photo Credit: @europeantennisopen
David Goffin, Hubert Hurkacz and Karen Khachanov went on a trip to the chocolate museum, where they signed autographs on chocolate tennis balls.

Dominic Thiem also visited the museum. Afterwards, the former World No. 3 revealed his favourite chocolate on Instagram: “Today at the chocolate museum 🤎,” Thiem wrote. “To be honest, 100% dark chocolate is my absolute favourite! 👀”