Novak Djokovic battles back in the first set en route to beating Roger Federer on Thursday for a place in his eighth Australian Open final.

Novak Djokovic stands one win away from capturing an eighth Australian Open crown - and returning to No. 1 in the FedEx ATP Rankings - after victory over Roger Federer on Thursday night.

Djokovic was relentless, once he recovered from 2-5 down in the first set, en route to beating six-time former champion Federer, who was hindered by a groin injury, 7-6(1), 6-4, 6-3 in two hours and 18 minutes on Rod Laver Arena. He has now won 42 of his past 44 matches at Grand Slam championships.

“It could have definitely gone a different way, if he’d used those break points," Djokovic told former World No. 1 and two-time former Australian Open winner Jim Courier in an on-court interview. "He got off to a good start and I was pretty nervous at the beginning.

“I have to say I respect Roger for coming out tonight. He was obviously hurt and not close to his best in terms of movement. It wasn’t the right mindset at the beginning, because I was watching him and how he was moving early on, rather than executing my own shots. I managed to dig my way back and win the first set, which was obviously mentally important.”

After leading Team Serbia to victory at the inaugural ATP Cup earlier this month, the 32-year-old extended his winning streak in 2020 to 12-0. Djokovic will now prepare for Sunday’s final, where he’ll face fifth-seeded Austrian Dominic Thiem or seventh seed Alexander Zverev of Germany. Djokovic leads Thiem 6-4 in their ATP Head2Head series and has a 3-2 advantage over Zverev.

“I'm pleased with the way I've been feeling and playing,” said Djokovic. “I thought the ATP Cup went really well for me. I got a lot of hours spent on the court, singles and doubles. It was a great lead-up for the Australian Open. Obviously, I got a lot of positive energy from that competition. I dropped only one set so far up to the final. I have two days of no matches right now, which actually is really good. It gives me more time to recuperate and gather all the necessary energy for the final.”

Djokovic is now 27-23 lifetime against Federer, having won all four of their semi-final clashes at Melbourne Park (also 2008, 2011 and 2016) and his past six clashes against the Swiss at Grand Slam championships. Federer had won their last match 6-4, 6-3 in the round-robin stage of the Nitto ATP Finals in November 2019, but Djokovic improved to 8-0 in Australian Open semi-finals on Thursday night with a devastating performance. 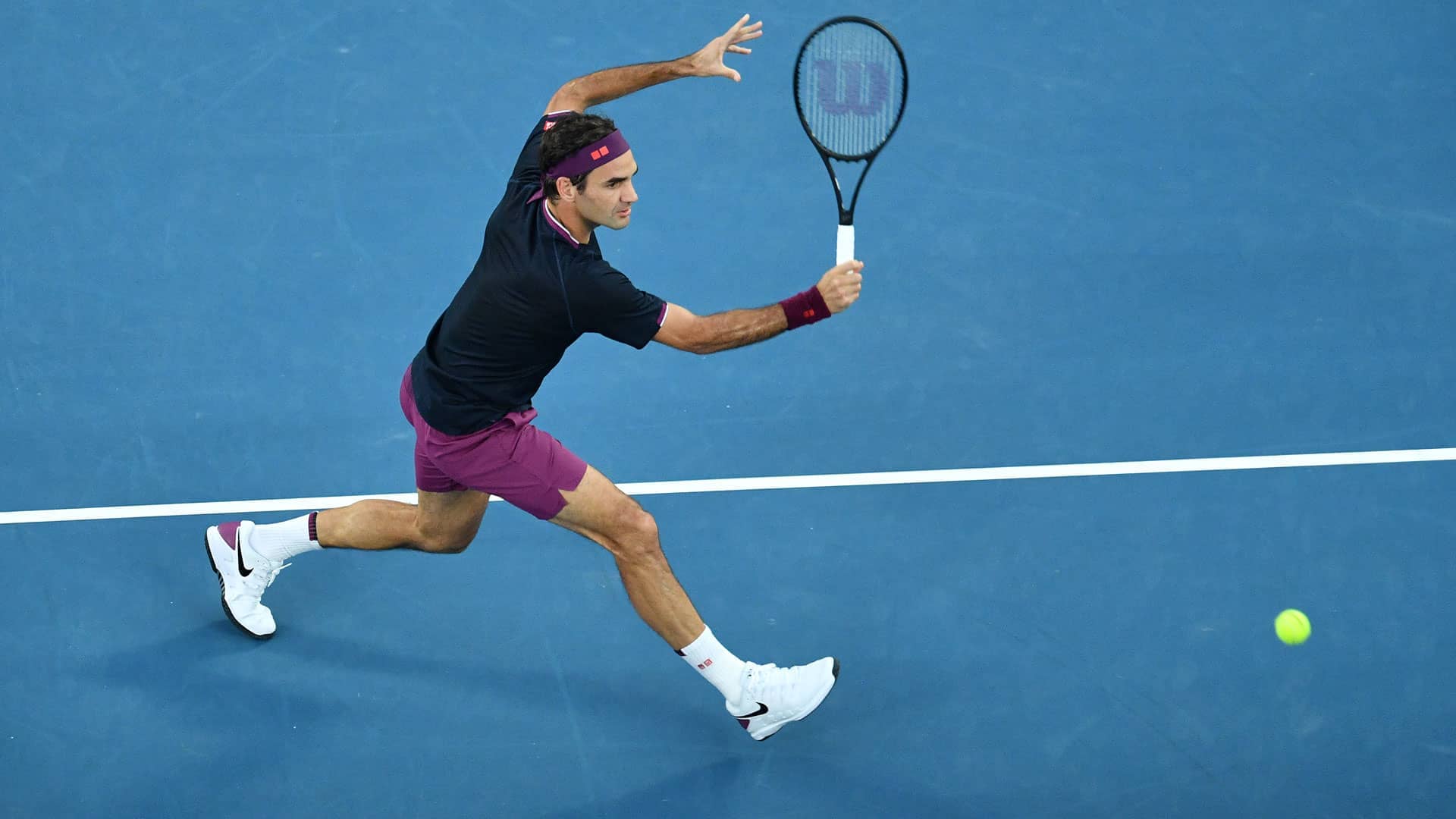 Federer saved two break points in his first service game, before going on to open a 4-1 advantage in a see-saw first-set battle, which turned when Djokovic managed to break Federer to love when the Swiss served for the set at 5-3. Djokovic then played an immaculate tie-break, just as he didn't make an error in the three tie-breaks he won against Federer in the 2019 Wimbledon final. At 5/1, the Serbian struck a perfect drop shot winner on approach to the net and he wrapped up the opener with a backhand return winner down the line - his 10th winner of the 62-minute set. Federer had struck 26 winners.

“I was playing with nothing to lose obviously,” said Federer, of his first-set performance. “I was just trying to take big cuts at the ball, trying to keep the rallies to a minimal, make sure I keep him off guard, mix it up as much as I can. I think I returned really well in the beginning. Got some really good connections going. Unfortunately, I was not able to serve it out. To be honest, I feel like I should have found a way to do that, but wasn't able to.”

Federer left Rod Laver Arena at the end of the first set for off-court treatment to a groin injury, which he first experienced in his five-set quarter-final victory over American Tennys Sandgren. Upon the resumption of play, Djokovic improved on serve, dropping just five points in his five service games of the second set. Federer came through two pressure situations at 0-1 (saving two break points) and at 2-3 (saving one break point), but Djokovic continued to move the third seed around the court and sealed the 42-minute set in style. Quick to recognise a Federer drop shot, with the Swiss serving at 4-5, 30/40, Djokovic sprinted into the service box to flick a forehand across Federer, at the net, for a winner and pumped his fist in celebration.

Federer earned only his third love hold of the pair’s 50th meeting for 2-2 in the third set, before Djokovic turned the screws with pain evident for Federer when hitting groundstrokes. Djokovic took a 4-2 advantage with a backhand crosscourt winner plumb on the line and finished the encounter with 31 winners overall, and just 18 unforced errors.

“Overall, at the end of the day, I guess I'm very happy,” said Federer. “I got to be happy with what I achieved… Today was horrible, to go through what I did. [It was a] nice entrance, nice send-off, and [the] in between is one to forget, because you know you have a three per cent chance to win. You know, [you’ve] got to go for it. You never know. But once you can see it coming, that it's not going to work anymore, it's tough.”