Farewell, Melzer: 'Saying Goodbye At Home Is Special To Me'

Jurgen Melzer watched a Filip Polasek ace rush past his partner, Alexander Zverev, on Wednesday evening at the Erste Bank Open, signalling the end of the pair’s tournament. But the 40-year-old could not help but smile.

That ace marked the end of the Vienna-born lefty’s storied career. Although Polasek and John Peers defeated Melzer and Zverev 7-6(3), 7-5, it was a perfect ending for the home favourite.

“I viewed this as a bonus, to get to play one last match at home,” Melzer told ATPTour.com. “Saying goodbye at home is special to me. It’s where my career started, it’s where I had a lot of success.”

Melzer first competed in Vienna as an 18-year-old in 1999, and he won his two biggest singles titles at the event in 2009 and 2010. It was fitting that a local kid was able to finish his professional tennis journey alone in the centre of #Glaubandich Court with his peers and fans clapping to show their appreciation. 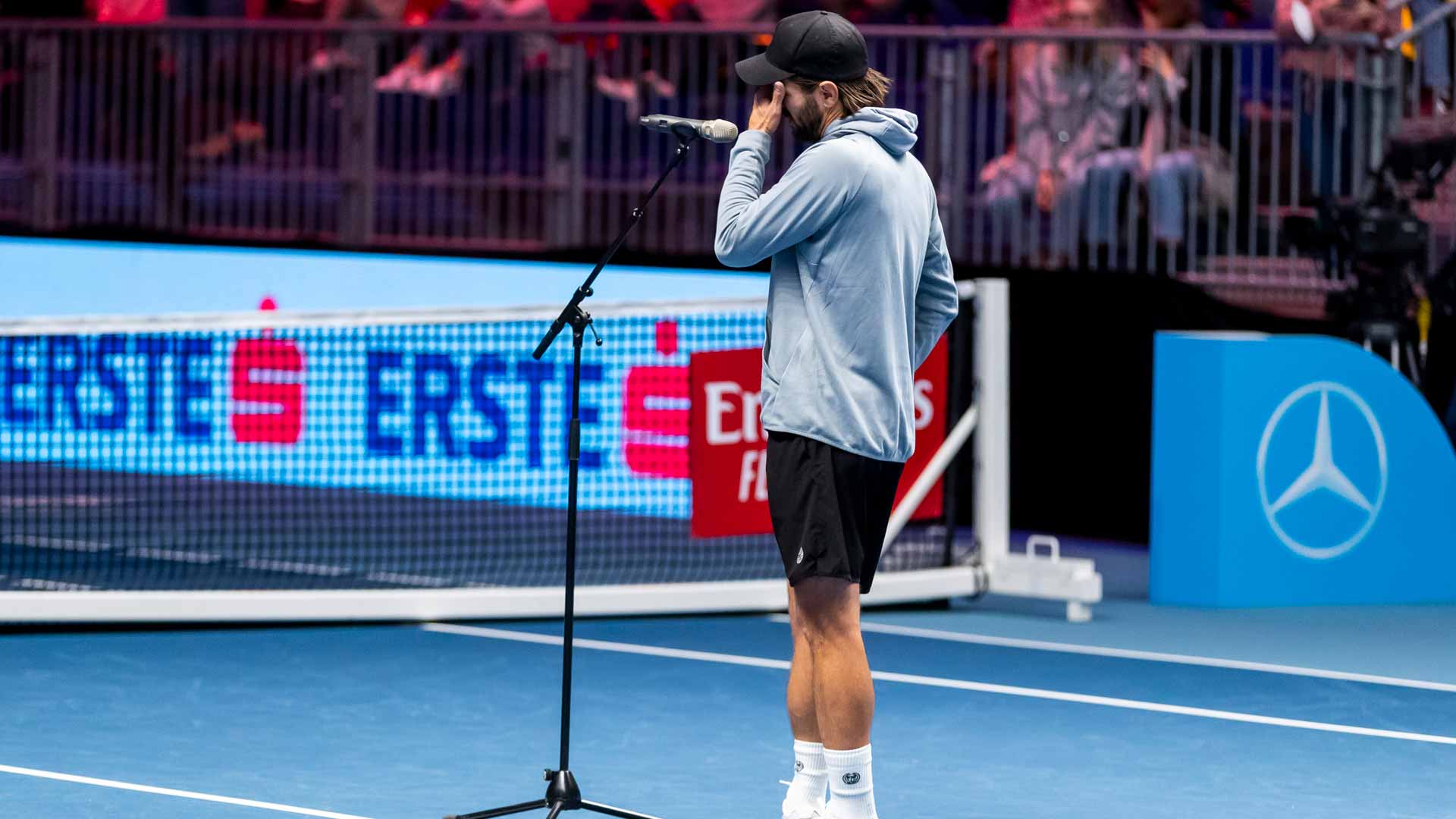 Photo Credit: Bildagentur Zolles
The 22-year ATP Tour veteran stayed to sign autographs and take pictures with fans old enough to remember his junior days — Melzer won the boys’ singles title at Wimbledon in 1999 — and others young enough that they were born after he reached the Top 10 in singles and doubles.

“I’ve always tried to be a good ambassador for the sport and make this sport as likeable as possible. What I liked today is the past two days, [for those] playing on this court in the city there were not a lot of spectators,” Melzer said. “But today they actually showed up and I could say goodbye and that meant a lot to me… I will remember this one for sure.”

The lefty only played five matches this year — three-set defeats at Roland Garros, Wimbledon and the US Open with different partners, an ATP Challenger Tour match alongside his brother, Gerald Melzer, and Thursday’s loss in Vienna — because he became the Sports Director for the Austrian Tennis Association in February. The 40-year-old has spent a lot of time on court with 15 and 16-year-olds, one of whom wrote a school essay about Melzer.

“When he showed it to me, I was [shocked] a little bit because I didn’t expect it at all and they had to write about a well-known person in Austria. He chose me,” Melzer said. “I’m with him on court every day, but it also shows the kind of respect that you’ve earned over the years that you actually have achieved something that a young person could write about.” 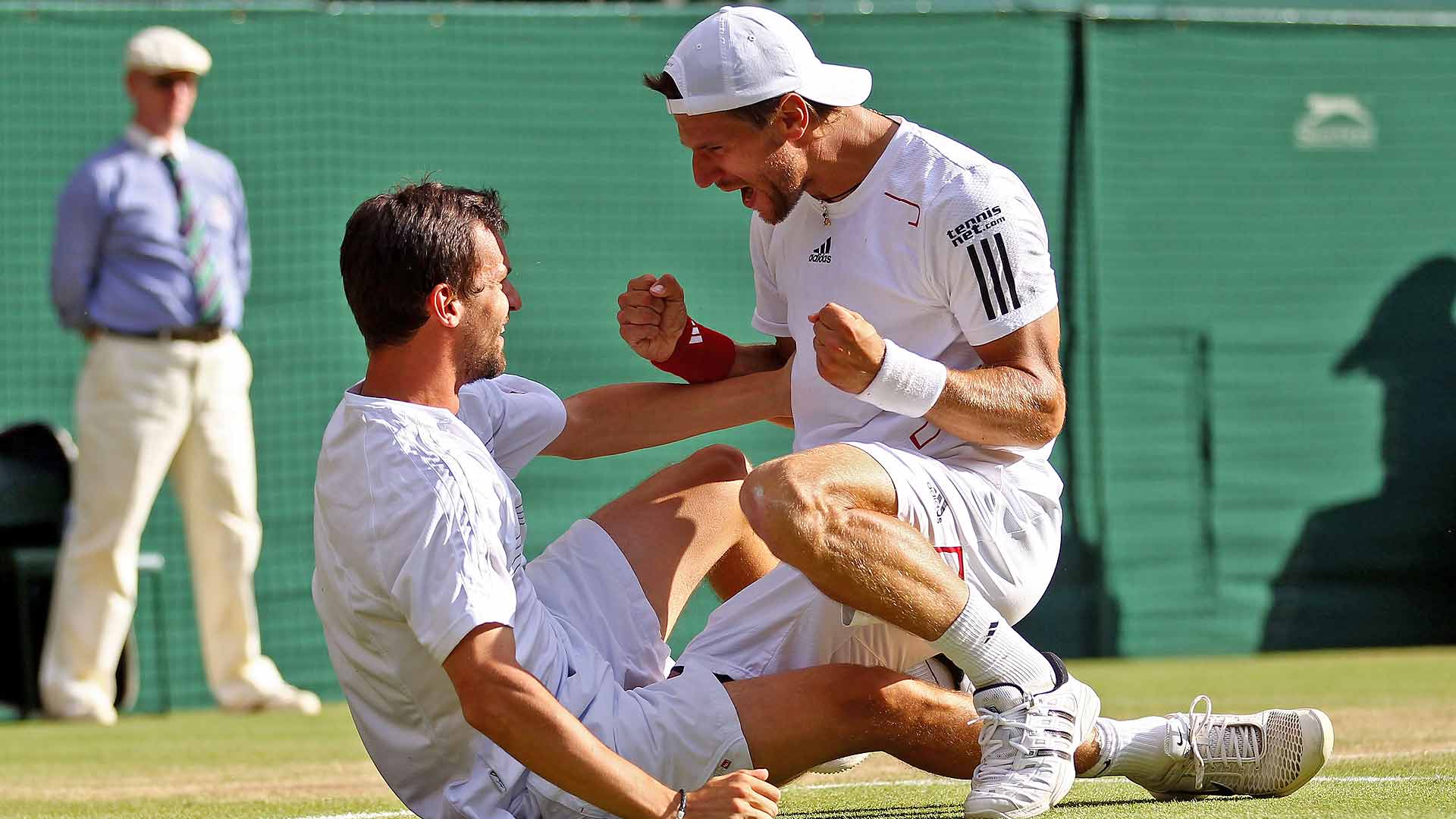 Photo Credit: Julian Finney/Getty Images
The list of Melzer’s accomplishments is long, and it includes doubles triumphs at Wimbledon in 2010 and the US Open in 2011 alongside Philipp Petzschner. The Austrian also remains the only player who has rallied from two sets down against Novak Djokovic, which he did in the 2010 Roland Garros quarter-finals.

But perhaps most notably, he spent 17 weeks in the Top 10 of both the FedEx ATP Rankings and the FedEx ATP Doubles Rankings in 2011. There have been just 40 players who have achieved the feat at different times in their career, let alone during the same weeks.

You May Also Like: Melzer Reveals 'The One Memory I Will Never Forget'

Over the past year, Melzer has had time to reflect on his career. More often than not, he recalled moments with friends rather than wins.

“You think of all the stories, of all the things that make you smile. I didn’t think so much about victories. It’s just the time that you’ve spent on Tour, meeting all those people, being friends with some, getting closer with some,” Melzer said. “Those are actually the things I’m going to miss the most, not winning or losing.”

Melzer’s victory against Milos Raonic in Vienna in 2018 marked the end of his singles career. But after that, he turned to doubles. Last year, the Austrian advanced to the championship match of the Nitto ATP Finals with Frenchman Edouard Roger-Vasselin.

Even on Thursday against the in-form team of Peers and Polasek, after a year with little matchplay, Melzer competed well on court.

“This was the thing that I wanted the most. When I played my last match, that nobody thought, ‘What the heck is he still doing here?’ Or that I’m just not at the same level anymore. Of course I’ve played better, but I’ve also played worse in my career than today,” Melzer said. “I’m still going out at a good level.”