Cameron Norrie is known for his hard-court success, but the Briton showed he is plenty capable on clay Monday in Madrid.

The ninth seed made a good Mutua Madrid Open debut when he clawed past South Korean Soonwoo Kwon 7-5, 7-5 at the Caja Magica. He will next play big-serving American John Isner, who hit 30 aces in his straight-sets victory on Sunday.

There was not much to differentiate between Norrie and Kwon, a qualifier, on Stadium 3. But according to Tennis Data Innovation's Insights, the Briton was just a bit better converting his offensive positions and escaping defensive positions, which made all the difference.

That was especially clear in the second set. After losing the opener, Kwon increased his aggression and dominated the pair's Balance of Power, playing 25 per cent of his points from an attacking position compared to just 19 per cent for Norrie.

But Norrie was a brick wall on defence, and the South Korean was unable to break through. The British lefty stole 47 per cent of his points from a defensive position, and was also more efficient converting his offensive positions, 68 per cent to 53 per cent (Learn More About Conversion & Steal Scores). 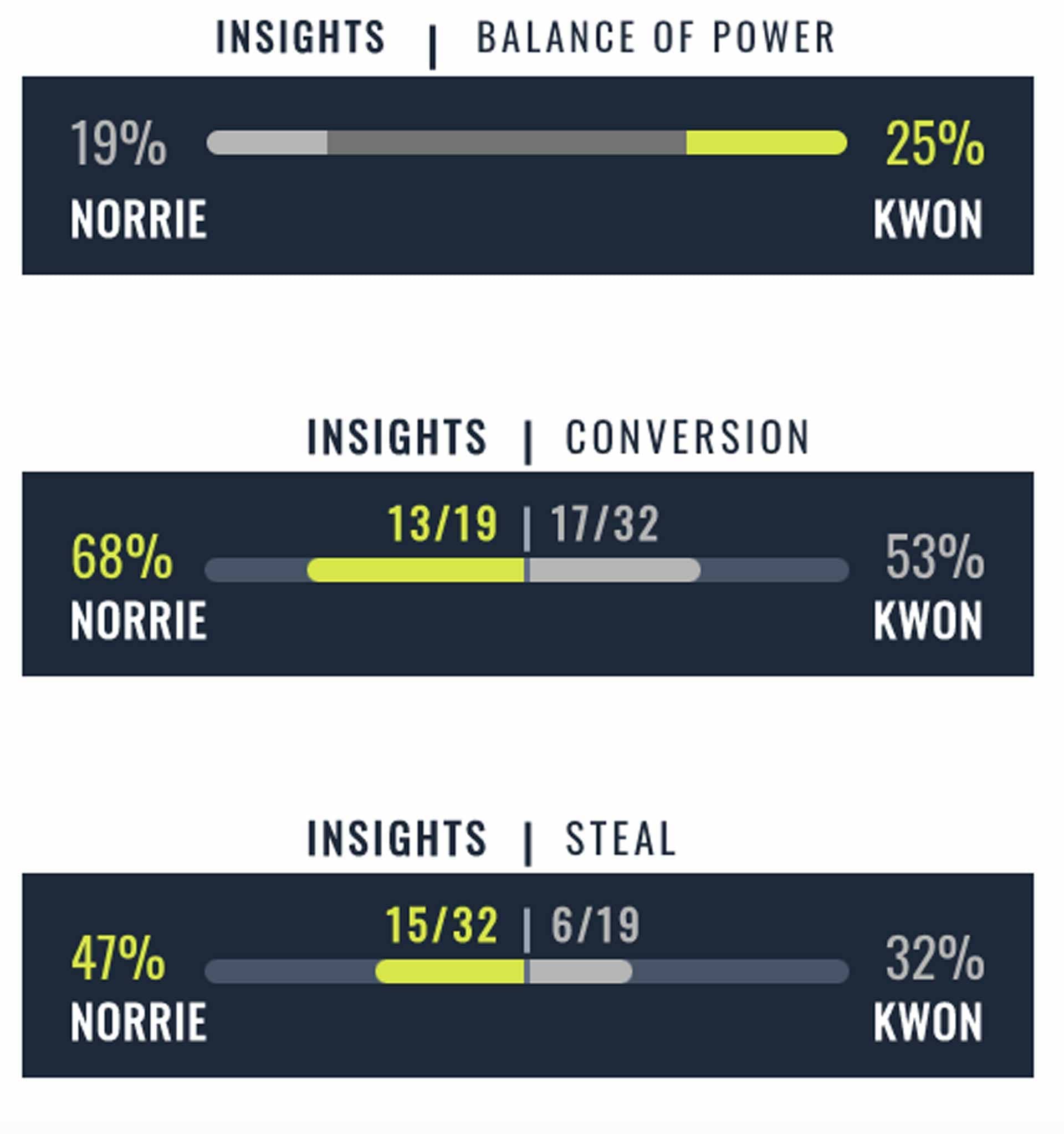 Norrie, who competed in last year's Nitto ATP Finals as an alternate, let slip a break advantage in the second set. But he recovered thanks to his defensive skills and on match point, he stepped into the court and crushed a forehand winner to triumph after one hour and 49 minutes.

The 26-year-old will hope to take a lead in his ATP Head2Head series with Isner, against whom he has split four previous meetings. Their most recent clash came earlier this year on the hard courts of Acapulco, where Norrie triumphed 6-7(2), 6-3, 6-4.