Anderson Reflects On Career: 'Giving Up Was Never Acceptable'

Kevin Anderson remembers when his father, Michael, put a tennis racquet in his hand at the age of six in their native South Africa. The elder Anderson instilled a hard-working attitude in his son from the very beginning. The idea was that if Kevin worked as hard as possible, he would have no regrets. From that moment, Anderson did everything in his power to succeed.

“I really feel like I’ve lived my life that way,” Anderson told ATPTour.com this week after announcing his retirement. “I can remember back as a kid in South Africa being away from the tennis scene, away from the tennis world. I’m just proud of what I’ve been able to accomplish.”

The 35-year-old climbed to a career-high No. 5 in the Pepperstone ATP Rankings, won seven ATP Tour titles, reached the final at two Grand Slams and earned respect of the fans and his peers alike.

Anderson played more than 600 tour-level matches (354-253), and competed for the final time at this year’s Miami Open presented by Itau.

“It was on my mind that it might have been it,” Anderson said. “But it was sort of halfway through leaving the court [when I started] thinking, ‘You know what, I may or may not be playing another match’.”

The South African did not immediately make his decision to hang up his racquet. But for the first time in his career, Anderson began asking himself a key question: Why do you want to keep playing?

“It’s what I do, I’m a tennis player. I’ve done this since I was five or six years old,” Anderson recalled thinking. “That’s not a good enough reason to keep going. I think one of my strongest attributes has been to put my head down, keep fighting and figuring it out. I think it was hard for me to walk away and not even acknowledge that maybe I lost some of the passion and motivation to keep playing. I was still passionate and motivated, it just is different.”

From his early days holding a racquet, Anderson “stopped at nothing” in pursuit of maximising his potential. The Johannesburg native reached a career-high No. 28 in the ITF Junior Rankings, but decided to play college tennis for the University of Illinois.

Brad Dancer’s first responsibility as an assistant coach at Illinois was to recruit Anderson at the 2004 US Open boys’ singles event. Dancer, who became the head coach during Anderson’s time there, recalled catching only three games of his match against Andreas Beck because he lost in just 43 minutes. What stood out to the coach from his early days interacting with Anderson was his attitude towards such moments.

“He’s just able to pound through everything and keep coming back. That’s not just injuries, that is also inside matches,” Dancer said. “He’d have heartbreak after heartbreak in match situations and he’d keep coming back and be tougher the next point and in the next game. Kevin’s mental toughness is by far his greatest asset.”

Anderson, who immediately caught people’s attention with his 6’8” frame and booming game, earned All-American honours each of his three years at Illinois before embarking on his professional journey. In 2008, he cracked the Top 100 of the Pepperstone ATP Rankings for the first time.

It was fitting that the South African lifted his first ATP Tour trophy in Johannesburg in 2011, just 20 minutes from where he grew up. Friends and family filled the stands for a moment he will never forget. The following year, Anderson triumphed in Delray Beach, which was also special, as it became a training ground for him.

But most impressive was how Anderson overcame injury obstacles later in his career. After cracking the Top 10 for one week in October 2015, a series of injuries limited his progress. From the knee and ankle to shoulder and hip, the more hurdles he leapt over, the more appeared.

“Part of my nature is always figuring it out. Giving up or not being up for a challenge was never an acceptable thought for me,” Anderson said. “Always, no matter how difficult the situation was, I was going to figure it out and come back stronger.”

At his healthy best, the right-hander’s serve put pressure on opponents to seize their opportunities, because they did not come often. For someone standing 6’8”, Anderson proved a strong mover capable of hanging from the baseline with nearly anyone. And if you threw in a lazy second serve, he never feared stepping in to pummel it. Add that to his unrelenting competitive spirit, and you had an opponent as tough as any player. 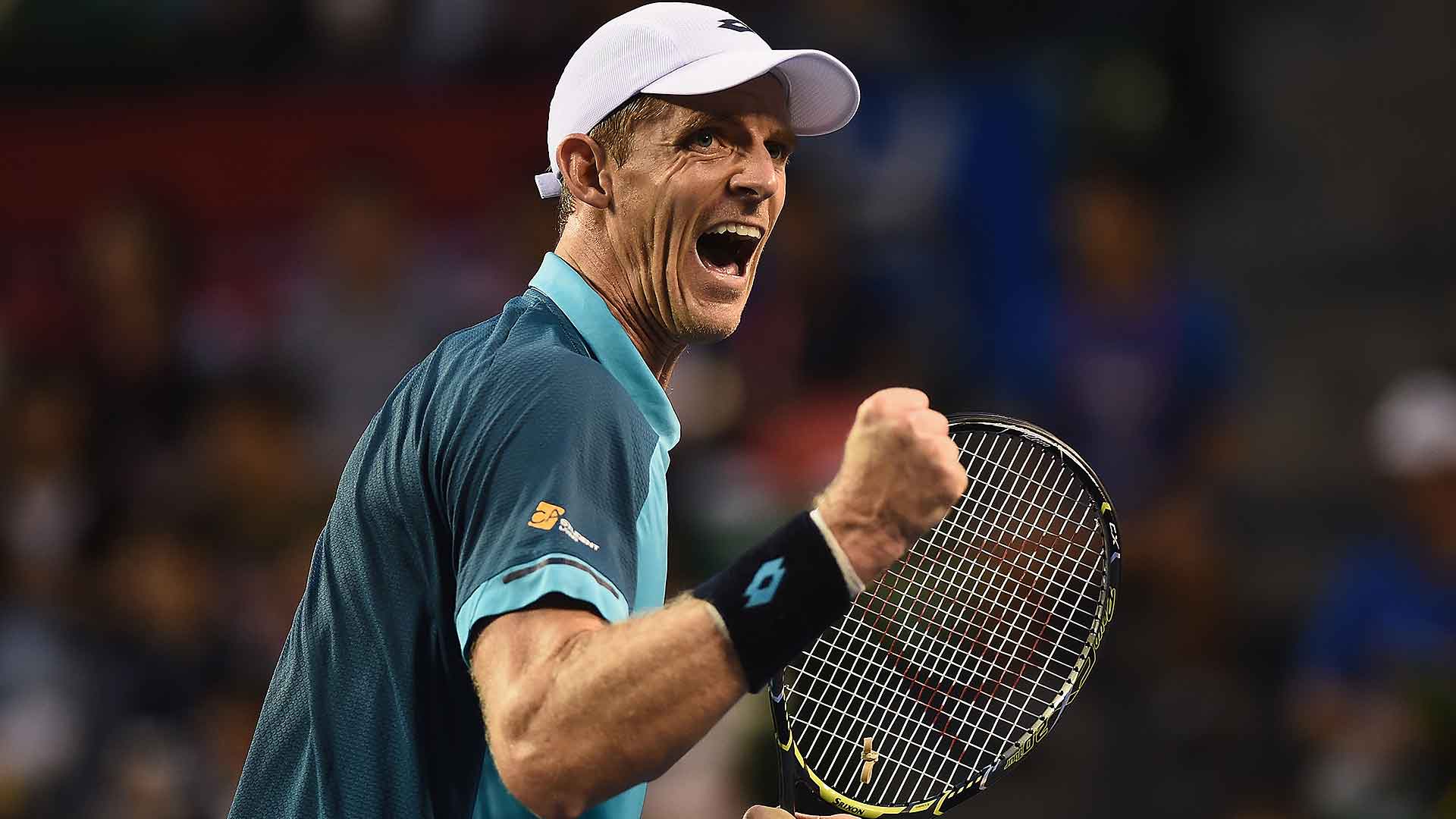 Photo Credit: Getty Images
In 2017 and 2018, after falling as low as World No. 80, that showed. His big breakthrough came at the 2017 US Open, when he advanced to the championship match having previously made just one major quarter-final. After narrowly missing out on a big goal, which was to qualify for the Nitto ATP Finals, the South African forged forward.

At Wimbledon the following year, he went on a jaw-dropping run to the championship match. Anderson rallied from two sets down to stun Roger Federer 13-11 in the fifth set of their quarter-final, before clawing past John Isner 26-24 in the fifth set of their semi-final, which lasted an astonishing six hours and 36 minutes. That remains the second-longest Grand Slam match in history.

“What an amazing career you had, Kevin, and it was an honour to play against you in college and 15 years on Tour,” Isner wrote on social media following Anderson’s announcement. “Enjoy retirement, you’ve earned yourself a great life after tennis!”

In 2018, Anderson, then 32, cracked the top five and qualified for the season finale at The O2 in London. Only five players have broke into the top five for the first time in their 30s, and three of them did so in 1973 or 1974, within the first year of the Pepperstone ATP Rankings.

Players To Crack Top Five For First Time In Their 30s

There is a cliché that if you “check every box”, good things will happen. But Anderson made the boxes bigger, lengthened the list and hit his mark each day until he achieved his goals.

“I never felt like taking a shortcut if I’d been injured or something,” Anderson said. “Throughout my career, all the sacrifices I had to make I did so willingly, because I had this motivation to keep pushing myself and keep getting better.”

“He loves playing tennis, he loved competing in tennis. He loved everything that went into it and he pushed himself to his absolute upper limits,” Dancer added. “He just tested himself as much as he possibly could, which is awesome.”

Although injuries returned to prevent Anderson from climbing even further, he never stopped working. That allowed him to maintain a high level until the end, winning an ATP Tour trophy in front of his young daughter, Keira and wife Kelsey — who has been by his side since their days at Illinois — last year in Newport aged 35. 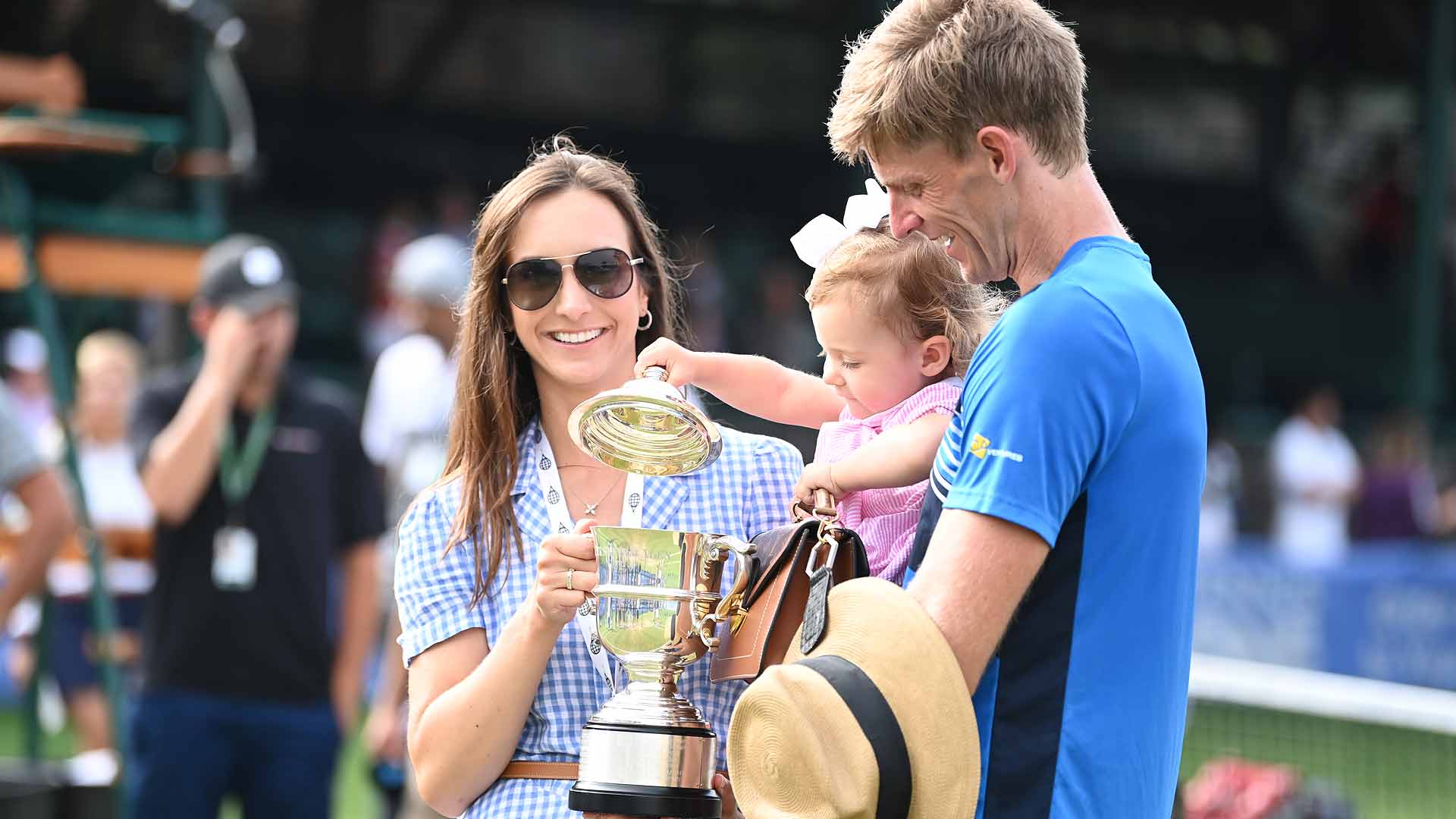 Photo Credit: Ben Solomon/International Tennis Hall of Fame
Anderson’s decision to retire did not come overnight. His desire to put in the work as he has for 30 years was not quite the same. And for an “all-in” professional, it was all-in or all-out.

Anderson also left his mark off the court, winning the 2018 Arthur Ashe Humanitarian Award and spending years on the ATP Player Council, most recently as its president. Although nothing is set in stone moving forward, the Florida resident recently joined the board of First Serve, a nonprofit that helps at-risk kids in the state. He also wants to further the conversation about mental health and has enjoyed providing guidance to local kids pursuing their own dreams in tennis like he did in South Africa years ago.

For years, Anderson was one of the most focussed players on the ATP Tour. But recently, he realised that allowing himself to consider whether he wanted to continue his career was not accepting failure. It was an opportunity to open a new chapter for which, like always, he will give everything he has.

“In order to be the best in the world I needed to live and breathe tennis all the time,” Anderson said. “You just become so consumed with it that you kind of forget that there is life outside of tennis, so I’ve kind of experienced that for the past four weeks and I’m really excited about what the future may bring.”