Tom Gorman (second in the player line-up) made his Masters debut in 1972 in Barcelona.

Dave Seminara
This article contains:
American was up match point in the Masters semi-finals but retired to allow Stan Smith to advance… and then woke up his final opponent Ilie Nastase at 4.30 a.m. to level the playing field

In our ongoing series celebrating the 50th anniversary of the Nitto ATP Finals, ATPtour.com talks to Tom Gorman about his selfless sportsmanship in Barcelona in 1972.

In the final weeks of 1972, the Cold War raged, as the U.S. and the Soviet Union performed nuclear tests, U.S. President Richard Nixon and West German Chancellor Willy Brandt were both re-elected, peace talks in Vietnam commenced, and the co-founder of Atari released Pong, the first commercially successful video game. And very late on the first Friday night in December, an American tennis player distinguished himself with an act of sportsmanship that’s still remembered nearly half a century later.

The player was Tom Gorman, then 26. His opponent was his countryman and good friend, Stan Smith. The venue was the semi-final match of the ATP’s third season-ending Masters tournament, then called the Commercial Union Assurance Masters, which was played at the recently opened Palau Blaugrana in Barcelona that year, after stints in Tokyo and Paris.

It was Gorman’s first time qualifying for a tournament he dearly wanted to win. Gorman had made whirlwind trips in the closing weeks of the 1971 season to South Africa and Argentina in order to qualify for the Masters and was thrilled when he won a match on clay in Buenos Aires to book his ticket, or so he thought.

“Later on, they told me there was some fine print on how you got into the tournament,” Gorman recalled in a recent interview from his home in Atlanta.

The fine print was a rule that at least one player from the host country, in that case France, had to qualify, and so Gorman’s good friend, Pierre Barthès made the tournament instead of him. It was a bitter pill that also gave the American “an extra incentive” to enter lots of tournaments in ’72 in the hopes of making the Masters. 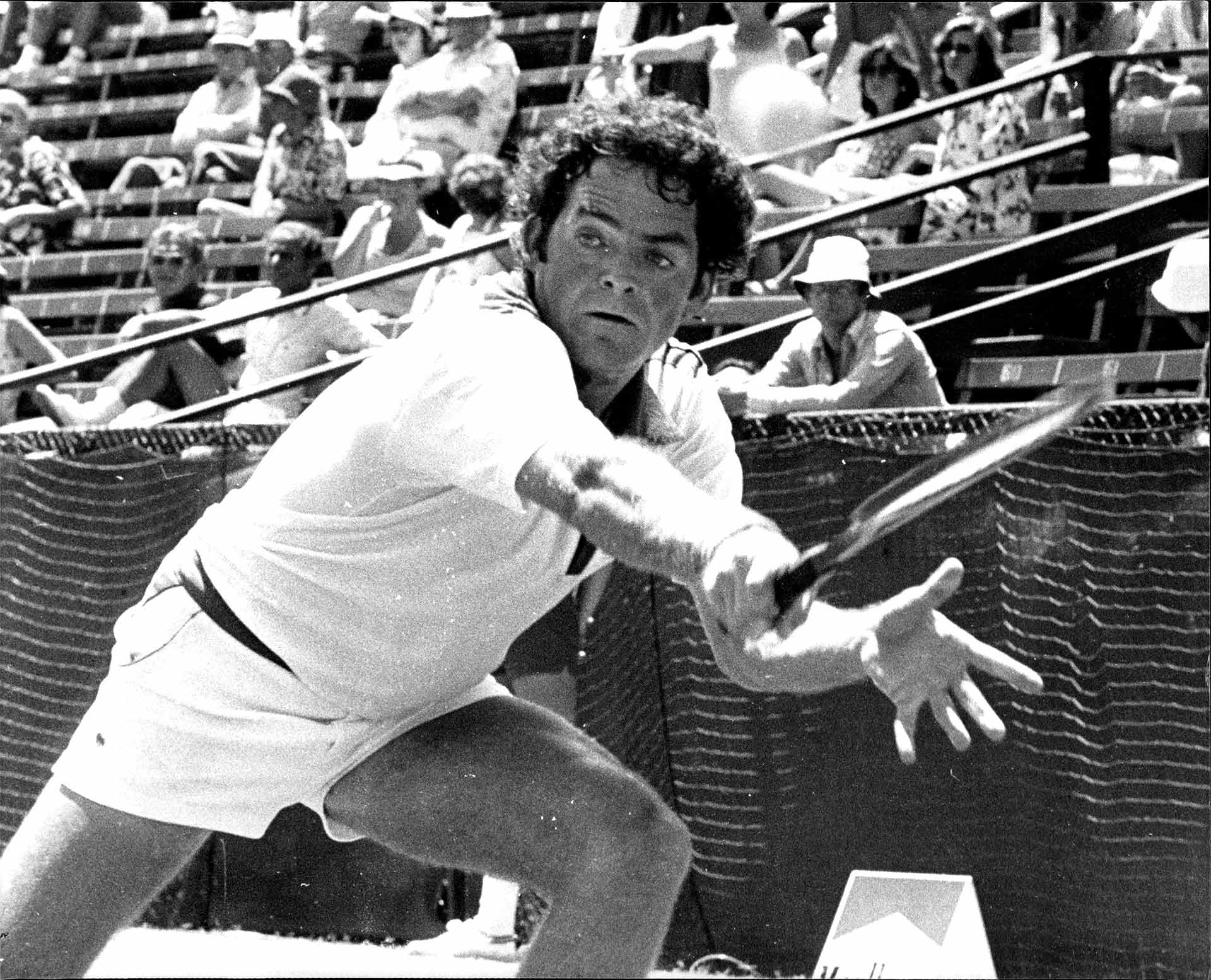 He did just that, winning 46 ATP matches during the season, including a Masters round-robin victory over future Hall of Famer Manuel Orantes, which helped book his passage into the semi-finals. He knew his next opponent, who was 11 months his junior, quite well. “I first met Stan when we were 16 or 17, when he came up to the Pacific Northwest to play the junior tennis circuit,” Gorman said. “That was the start of losing to him many, many times.”

Gorman came into the match with a professional career mark of 1-9 against the lanky California native, but on this night, Gorman played the match of his life. It was the second match of a Friday night twin billing; the first tapa, Ilie Năstase versus Jimmy Connors was served at 10 p.m., late anywhere but in Spain, where sport must not interfere with siestas, fiestas or dinner.

It was best-of-five sets in those days, and even with Năstase’s straight-sets win over Connors, the players took the court shortly after midnight to an appreciative capacity crowd of 4,000, that was prepared to stay up all night.

With his fluid, graceful serve, Gorman was playing excellent serve-and-volley tennis on both his first and second serves, as he took a two-sets-to-one lead. “It was as good a match as I had played in my career, probably next to beating Borg to win Stockholm and beating Laver at Wimbledon the year before,” Gorman remembered. But mid-way through the fourth set, Gorman aggravated a back injury he first sustained in that Laver match. His level of play dropped, and he planned to retire from the match after what he assumed would be a lost fourth set.

But Smith’s level dipped a bit as well and Gorman found himself with a golden opportunity to close out the match at 30-30, up 5-4 in the fourth set. Smith directed his first volley out wide, and the Seattle native lunged for it and hit an improbable backhand passing shot winner up the line to set up a match point that was never played.

“I hit that backhand as hard as I could and it went in,” Gorman said. “I completed the follow through and walked straight to the umpire because I knew what I was going to do.”

Gorman knew that the back injury would prevent him from playing the final, so he retired in order to ensure that the tennis season didn’t end with a default.

“I knew it would be more fair to have a final,” he said. “I think it was 2:40 a.m. Most of the crowd was still there… they started whistling because they didn’t know what was going on. I think Stan was a little dazed too.” 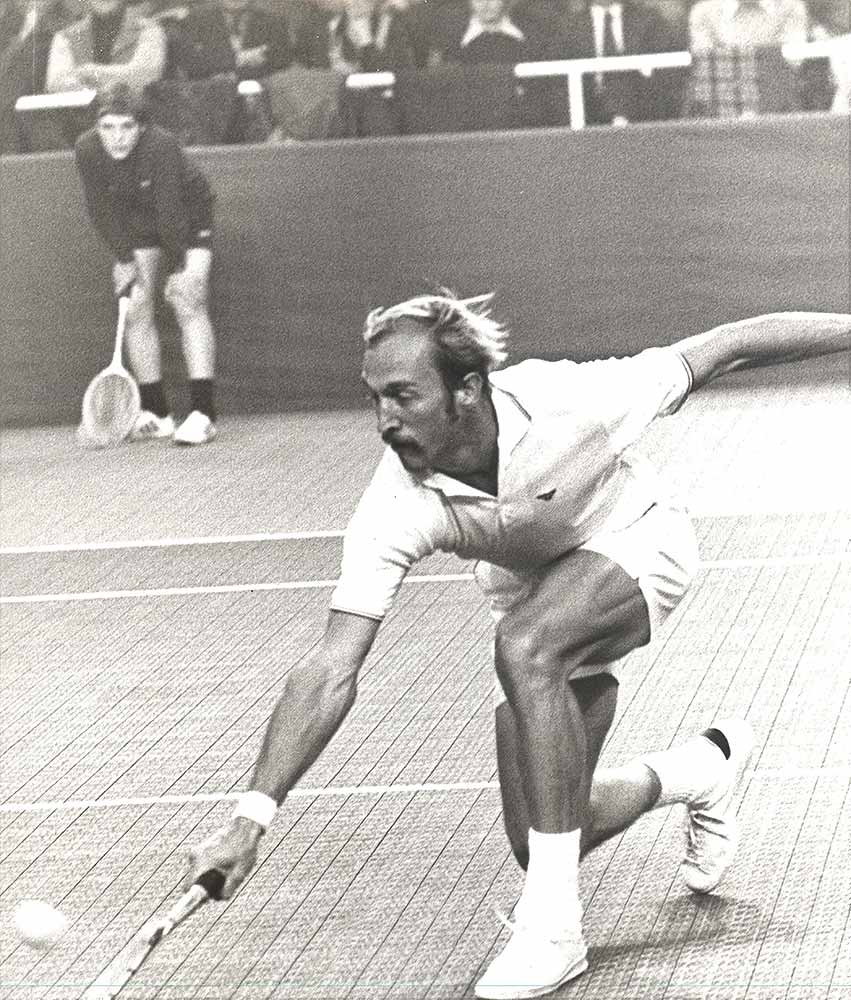 After receiving treatment from a masseuse, Gorman returned to the hotel, and as he passed Năstase’s room at about 4:30 a.m., he decided to wake him up. “I just thought to myself, ‘Stan’s been up late and Ilie’s going to have a big advantage, I think I’ll wake him up.’ I told him I won… they had a great five-set match the next day.”

The Romanian prevailed, taking the first prize of $14,400. Gorman was given a sportsmanship award and a cheque for between $1,500 and $2,500, to go along with his $7,500 in prize money for the event. Gorman and Smith later served as best man in each other’s wedding ceremonies, though he doesn’t recall if Smith took him out for a meal or bought him a drink for retiring in that match. He says he would have done the same for any opponent because he felt a sense of responsibility to the tournament, its sponsors and the sport.

“There was more friendliness between players at that time,” he said. “If it came to a double bounce or double hit, a player would admit it. We didn’t have the teams or entourages in those days, so we traveled together and stayed in the same hotels together, and often had dinner together so there was a real sense of camaraderie.”

Gorman beat Năstase at the Masters the next year in Boston, but didn’t make it out of the round-robin stage. In the semi-finals, Aussie legend John Newcombe suffered a leg injury on an overhead smash while up 5-3 in the final set against Dutchman Tom Okker. He followed Gorman’s example and retired on match point up, paving the way for Okker to reach the final, where he lost to Năstase. Newcombe explained his decision after the match. “I could have played one more point but knew that I could not play tomorrow.”