Richard Gasquet becomes the first Frenchman in the Open Era to win 500 matches.

He arrived to astonishments from throughout the tennis world, pundits and fans marveling at his one-handed backhand and his world-class touch.

Richard Gasquet was only 15 when he won his first tour-level match at the 2002 Rolex Monte-Carlo Masters. He became the youngest player to win an ATP World Tour Masters 1000 match, beating No. 54 Franco Squillari of Argentina in three sets. The future of tennis had arrived.

By then, though, Gasquet must have been used to hype and proclamations. Aged nine, he was touted as a future champion on the cover of French Tennis Magazine.

“When he was young, he was already a big star of France... I think we all remember when he started to play, he was so small,” said countryman Jeremy Chardy, who has beaten Gasquet only once in their five FedEx ATP Head2Head matchups.

So much has changed for Gasquet. The accomplishments have flowed – reaching No. 7 in the ATP Rankings, winning 14 tour-level titles and making multiple deep runs at Grand Slams – and the wins have tallied.

Read More: Gasquet Shares His What It Was Like To Beat Federer In 2005

But much has stayed the same nearly 20 years after the Beziers native first slid on the Monte-Carlo clay. His love for the sport, evident by his fight through injuries in recent years, remains. He is still, even among a crowded generation of French stars, a leader for the passionate tennis nation. The courtside reactions are unchanged as well: Thousands of fans still shake their heads as they watch the “magician” conduct his show. 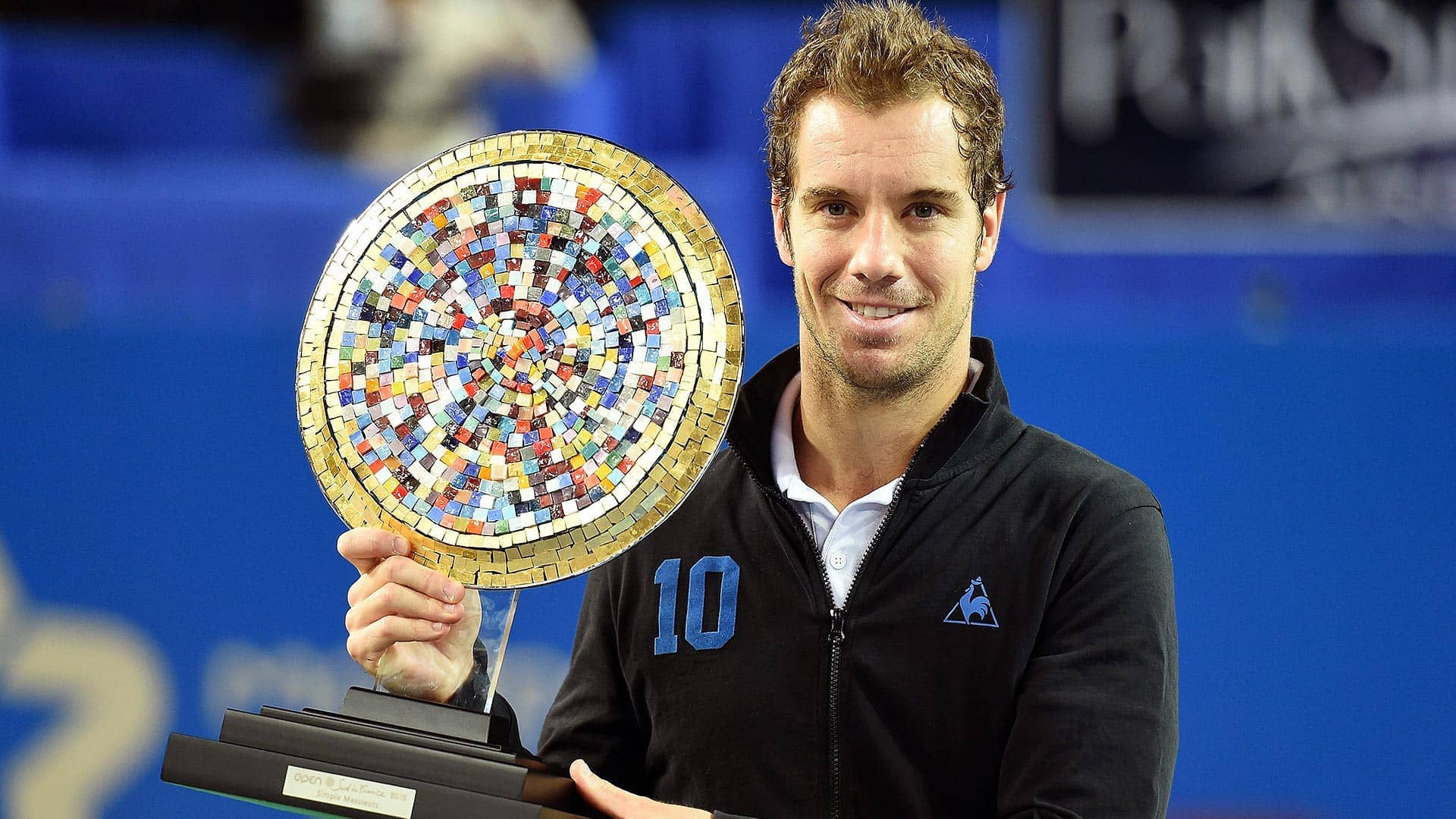 Gasquet has won 14 tour-level titles, including the 2015 Montpellier crown.

“He’s a guy who senses this sport, or this discipline... He has been made to play this game. He feels it,” said countryman Pierre-Hugues Herbert. “He’s an amazing champion and a magician on court.”

On Thursday, the 31-year-old Gasquet celebrated perhaps his greatest “act” yet. Gasquet collected win No. 500 at the Monte-Carlo Country Club, where it all began, beating German Mischa Zverev 6-2, 7-5.

He became the first Frenchman in the Open Era, a history that includes all-time greats Guy Forget, Yannick Noah, Henri Leconte, to earn his 500th triumph. Gasquet is also only the eighth active player to achieve the milestone.

“I'm happy I did it in Monte-Carlo 16 years after my first victory,” said Gasquet. “There are very few players who have achieved this... I certainly am among the worst of players [to achieve it].”

Rafael Nadal, who grew up playing Gasquet, shared praise for his friend. “He's a great, great person, great guy. Humble. He's one of the players that you want him on the Tour. He's an easy person,” Nadal said. “I'm so happy to see him playing that well. He's playing a great level of tennis again. He's a classic player. I like the way he plays. Well done for him. I wish him all the best.”

For Gasquet to join Nadal and others, to have a career that spans nearly two decades, is to find ways to stay relevant in an evolving game. Playing styles have changed and power players have come and gone during Gasquet's now 17-year career.

But the affable Frenchman has stayed in the upper echelon of the ATP World Tour because of his variety, said Sergi Bruguera, who coached Gasquet for four years, from November 2013 to November 2017.

“He can do anything... You can ask him to play high to play short, to play defensive, to play aggressive, I think he has all the variety,” Bruguera told ATPWorldTour.com. 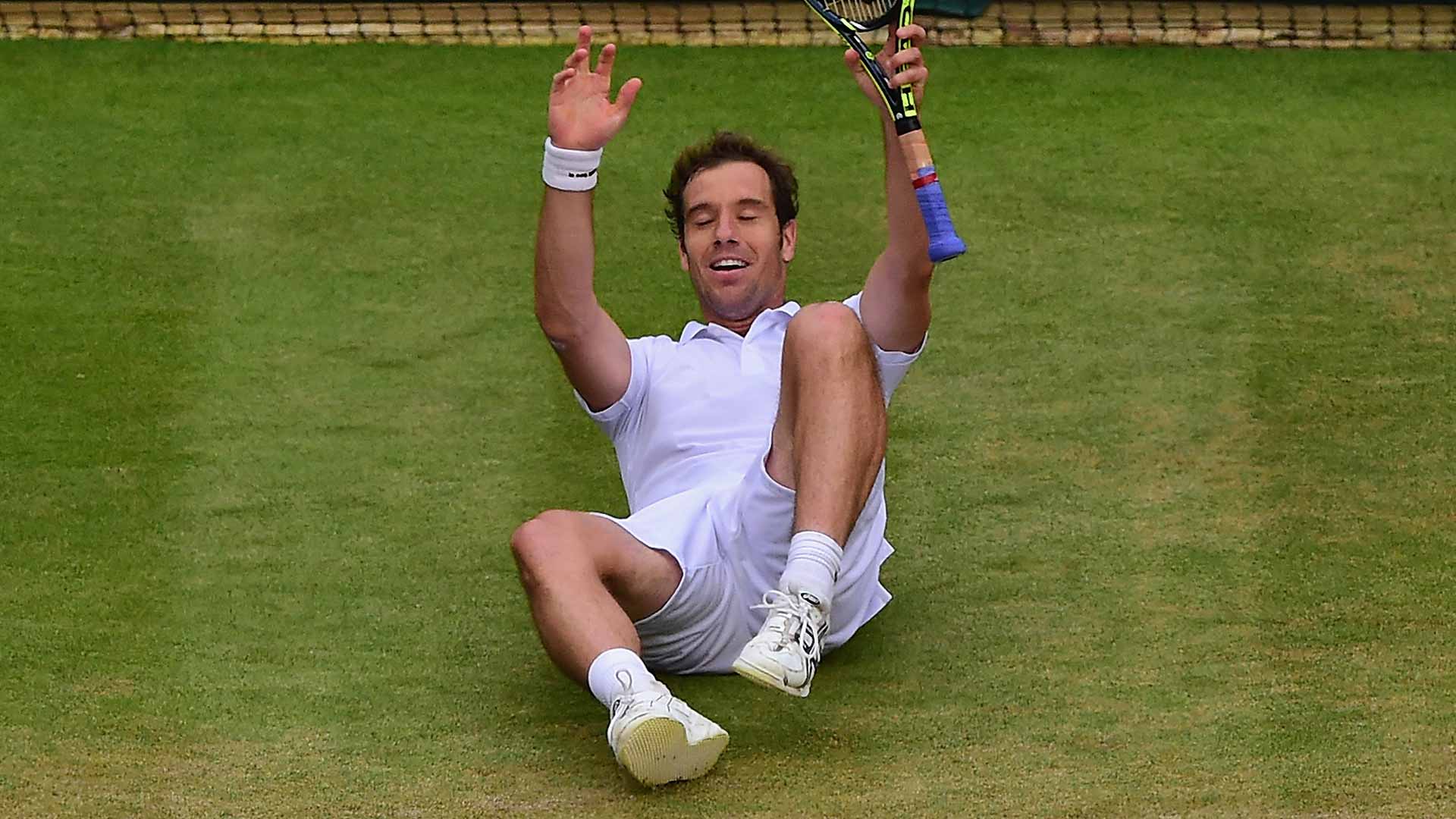 Gasquet's win against Stan Wawrinka at 2015 Wimbledon pushed him into the semi-finals at The Championships. (Getty Images photo)

“A lot of people have strong shots. You can see a lot of forehands, big forehands, plenty of big backhands, two-handed backhands. But his short-angle shot with the backhand, his feeling for the drop shot – he has special tricks and abilities with his hands that are very rare to see in today's game... He can develop impossible angles that nobody can do.”

Bruguera, former No. 3 in the ATP Rankings, guided Gasquet to four ATP World Tour titles (2015, 2016 Montpellier; 2015 Estoril, 2016 Antwerp) and his best showing at Roland Garros, Gasquet's home Grand Slam. In 2016, his 13th appearance, the Frenchman made the quarter-finals for the first time.

“He had an unbelievable match against Andy,” Bruguera said. 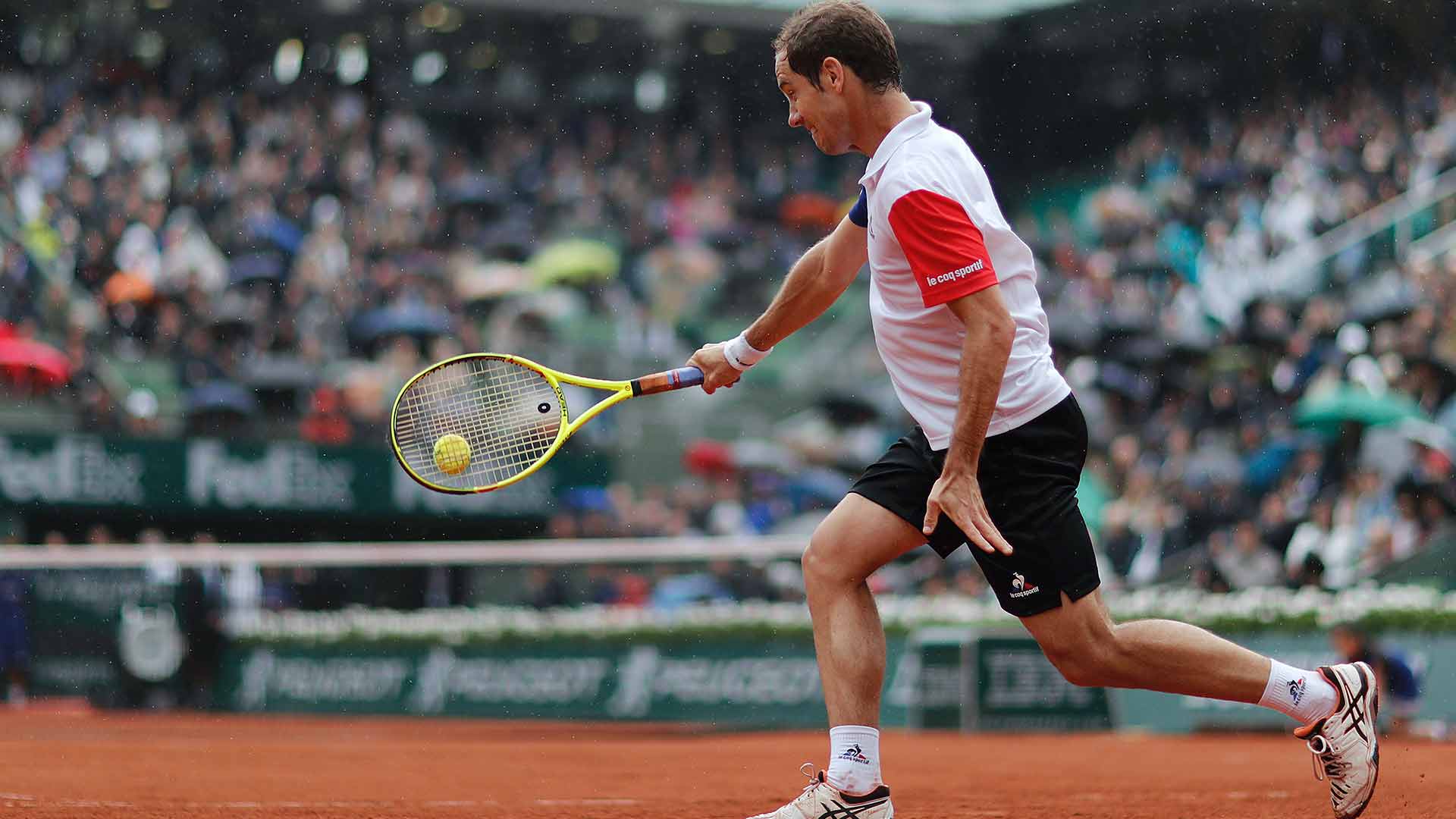 Gasquet broke through at his home Grand Slam in 2016. (Getty Images photo)

Gasquet had made deep runs at Grand Slams, including three semi-final finishes – 2007 Wimbledon, 2013 US Open and 2015 Wimbledon. But, in his estimation, at 2016 Roland Garros and aged 29, he was producing some of his best tennis, a testament to his longevity.

Injuries have also slowed down his pace of late. In 2017, a back injury and appendicitis forced him to miss seven tournaments, including the first five Masters 1000 events of the year.

Two months shy of his 32nd birthday, however, Gasquet is still very much in the conversation, as shown by his run in Monte-Carlo this week. He opened with a straight-sets win against countryman Chardy and dropped only three games against 10th seed Diego Schwartzman of Argentina, a champion at the Rio Open presented by Claro, an ATP World Tour 500 event, in February.

“The problem with him is that he has many possibilities with his backhand. On every shot he can go along the line or crosscourt, so you never know where you’re going to play,” Chardy said. “When he touches the ball with the backhand, he’s always dangerous, and he’s so confident in this shot, even when you talk to him. It’s just like a gift from God. It’s tough to teach someone this backhand.”

Gasquet's on-court skills are visible to all, as is his racquet-gripping prowess. During every changeover, the Frenchman re-grips his racquet, removing the former overgrip before heavily covering his racquet butt. Attempts by amateurs to match Gasquet's eight-second re-grip have all surely fallen short.

“The main reason is because I'm sweating a lot. I'm one of the players who are sweating the most. For me it's difficult to grab the racquet if I don't have a new one,” Gasquet said.

“I'm asking my sponsor for a lot of grips. They know it. It's important for my game because sometimes I can lose a racquet or I can break it because I can't grab it, that's why I need to change it.”

Off the court, Gasquet carries a well-respected reputation as well. He is known as “Le Monsieur” of French tennis, said Gael Monfils. It's a reputation Bruguera backs. Gasquet was the first ATP World Tour player the Spaniard traveled with and coached on a regular basis.

“We became very, very close friends. I think he's an exceptional person, very honest, very nice,” Bruguera said. “I think we connected very well. To me that was the most important thing.”

Decades from now, he said, people should remember that about Gasquet, that he was a good person who treated others well, and, of course, everyone will remember that backhand.